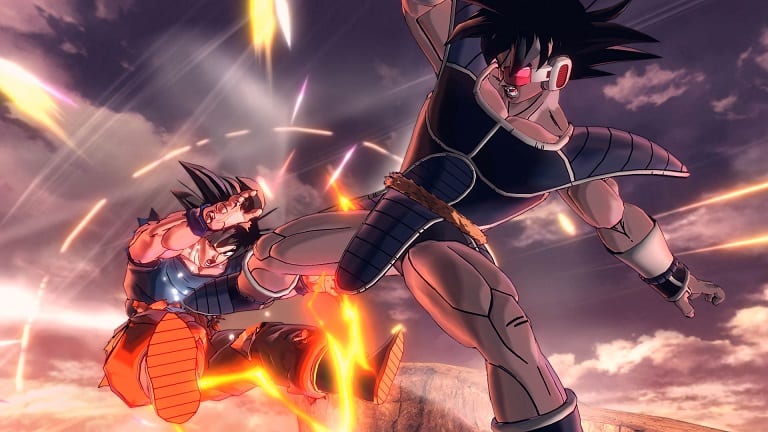 Dragon Ball: Xenoverse was something of a surprise hit. Many games had used the iconic anime as a basis, but they’d only captured a niche audience. With its strong single-player content plus nostalgia at an all-time high, the first game captured many players’ imaginations. Can the recently released sequel do the same, or should it be discarded like a filler episode?

Dragon Ball: Xenoverse 2 hasn’t really changed the control formula from the original. You’ll be doing a lot of flashy combos with the face buttons, and then holding modifiers to do the various super-powered attacks.

At this point in gaming, recreating the look of an anime has become surprisingly commonplace. The first game nailed it, and the sequel does too, though that “wow” factor has worn off a little. Many areas and characters are reused with minimal updating, though thankfully the central hub now feels less sterile and lifeless. Players can expect loads of customization to make their avatar as cool, or as ridiculous, as possible.

While games are getting the look of anime down, they continue faltering on the music. Xenoverse 2 is the latest in a long line of games that don’t use much, if any, of the series’ soundtrack. A handful of the tracks still stand out as suitably catchy or epic, but the original tunes are still missed. Sound effects are on point, however, from nasty to silly, and voice work perfectly fits the story.

The timeline is once again in peril, and the Time Masters are in need of new recruits. Players will join the ranks as their customized character, whether as an average human or race the villain Frieza comes from, which is new to this chapter. This time the game is more concerned with events at the tail end of the Dragon Ball Z saga and ventures into territory of the recent sequel series Super Dragon Ball Z as well.

A majority of the story quests involve some nefarious villain screwing up a famous scene from the series, and players have to get it back on track, usually by viciously punching many enemies. When not advancing the story, there’s a variety of side quests to explore. Those are often just flimsy excuses for a brawl or to learn a technique from a trainer. Public quests can be completed in co-op for those looking to play with friends, though many of them are repeats from the first title.

There are loads of things to collect, from “souls” you can equip that will give you traits like resistances to certain types of attacks, along with hundreds of clothing items to play dress up with.

One new feature allows you to overwrite the appearance of an item with one you like better, so if you’re trying to max out your stats, you have less chance to look like a clown that slept in a dumpster. Dozens of skills can be acquired, though it is often difficult to determine exactly what is useful until you load into a fight and test it.

Combat itself is largely unchanged. It’s still wild and frantic, and it frequently lets you do cool moves you may not have exactly understood how they were triggered. This can lead to fights feeling automated and like they don’t require much skill, but once you master the systems and learn the exact timing difference between a normal combo and one that lets you spike the enemy like a volleyball, it can feel glorious.

If all this sounds familiar, that’s because Dragon Ball: Xenoverse 2 is quite possibly the new textbook definition of an iterative sequel. It fixes a lot of issues from the first game, while introducing a few of its own, and adds a bunch of extra content.

A lot of this new content reuses assets or feels too familiar, though, and how similar this all plays out may catch some players off guard. There’s also this sort of static and bland “offline MMO” feel to the game and its central hub that makes it feel like with a bigger budget it could end up as something truly special.

Dragon Ball: Xenoverse 2 is a gorgeous adaptation of a popular anime with some fast and furious combat and lots to do. New players should absolutely start here, while veterans may want to ask how much they’re willing to pay for more of the same.