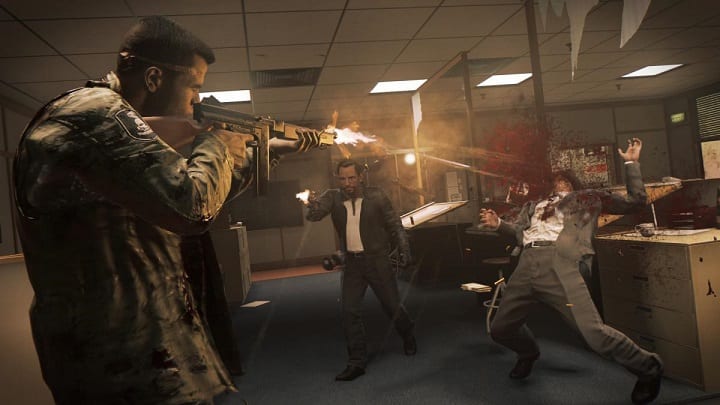 Much like the organization after which it’s named, the Mafia series operates in the shadows… of Rockstar’s juggernaut Grand Theft Auto. However, that’s not to suggest 2k’s open-world crime drama isn’t fit to stand on its own merits, as we enjoyed the franchise’s last entry considerably. Now, six years later, 2k is back with Mafia III. Is it worth playing or should we all just fuhgeddaboudit?

Viewed purely as an exercise in gameplay, Mafia III feels a bit archaic. It’s one part cover-based shooter, one part stealth action and one part driving, though your preferences will largely determine how much of the first two elements you encounter. The problem is that, given how much time you’ll spend doing these activities, there isn’t a lot of difference between one encounter and the next.

Shooting is straightforward, due in large to uninspired A.I. that rarely presses its numerical advantage. Instead it’s content to remain in one spot, exposing itself periodically or lobbing a Molotov cocktail until you pick them off. You can only carry two guns at a time, which is fine, but you’re further limited to one of each “category,” so you may not be able to have the loadout you want.

For the more discerning killers, stealth is an even more effective option. Enemies are often blissfully unaware of your comings and goings, and they’ll be lured to their death by your whistle almost without fail. These silent kills and the accompanying brutal melee strikes (performed on alerted foes by allowing a small meter to fill) are satisfying, but they’re too easy to accomplish.

Driving feels like you’d expect with no real bells or whistles. It has never been our favourite part of the Grand Theft Auto series, either, and it’s one reason we loved Red Dead Redemption so much. Anyway, the only issue here is just how much driving you’ll do over the game’s giant map, often taking minutes to head to an objective, only to do something minor and then drive minutes back. There is no fast travel.

To be clear, there’s nothing in how the game handles that’s abjectly bad. It’s all perfectly functional and even enjoyable in the right dosage. It’s just that you ultimately spend a ton of time repeating the same limited set of actions, and the longer you play the more fatigue sets in.

There is a number of highs and lows in Mafia III’s visuals, typically within the same departments. For example, cut scenes are extremely well done, effectively telling the story, but sometimes the lighting is very odd, or the hair looks completely last gen. New Bordeaux is a beautiful city, but it’s plagued by pop in and (again) weird lighting that creates a terrible glare effect during certain times of day.

It’s a shame that so many little things find their way into the game because they begin to add up as you explore the vast area, undermining some of the gritty realism Mafia III’s story works so hard to convey.

Thankfully, the other half of the presentation is airtight. Voice acting is strong from start to finish, even if a few stereotypes sneak in here and there, and the soundtrack does a nice job of incorporating music from the era into the action.

You are Lincoln Clay, who is returning home to New Bordeaux (read: New Orleans) from Vietnam circa 1968. As a black in the South during that time period things aren’t easy for Clay, and he finds his surrogate family has made it even tougher on themselves by getting in deep with Sal Marcano, the local mob boss.

Fortunately, Marcano has a soft spot for Clay, so he offers him the opportunity to take over for Sammy Robinson, Lincoln’s surrogate father. When Lincoln refuses, Marcano instead enlists him to aid his son Giorgi in robbing the Federal Reserve to wipe away all debts. The job is a success but a double cross leaves Lincoln clinging to life and hell bent on getting some serious payback.

While the broad strokes of Mafia III are a pretty basic revenge story, the interplay between characters and their development, along with the unique documentary style retelling, is exceptionally well done. The performances in those sections are notable for their subtlety and authenticity, which makes you want to keep playing to see where the story goes next.

Unfortunately, pacing is perhaps the game’s biggest issue. Story elements are broken up by a series of lengthy gameplay sections. That’d be fine if it was more engaging, but Mafia III recycles its setup to create a very rigid formula: expand into an area, hassle low-level guys, inflict enough damage to draw out a racket boss, kill or flip him, rinse and repeat.

Even with some interesting subplots to taking over rackets — such as divvying up the pie amongst your three lieutenants, which leads to new abilities and boosts based on how much each one “likes” you — the bottom line is you’re doing the same things again and again. Given how tightly paced and exciting the first few hours are, when Mafia III gets into its routine it eventually feels like filler.

Ironically, what feels anything but full is the city of New Bordeaux. Despite containing all the visual trappings of a bustling city, there’s very little to do other than drive to and from missions or track down the scattered collectibles, which do include Playboy magazine for some vintage nudity. We wish there was more to interact with because it’s quite interesting to look at.

Mafia III tells a mature and interesting story against the backdrop of the racially charged South, one that’s good enough to gloss over some of the game’s other shortcomings to experience.

By HC Green
Tags: 2k Games, Mafia III, Video Game Review
This entry was posted on Wednesday, November 2nd, 2016 at 4:12 am and is filed under Herija Green, Video Game Reviews. You can follow any responses to this entry through the RSS 2.0 feed. Both comments and pings are currently closed.