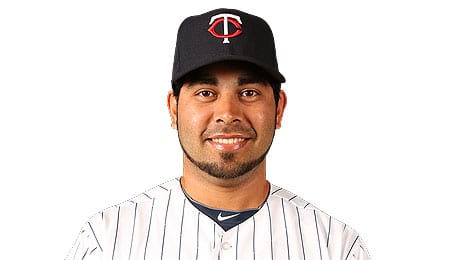 Pedro Hernandez is a prime candidate to lose his rotation spot.

We’ve spent a fair amount of time recently looking at various members of the Minnesota Twins bullpen, which has been very strong so far.

It’s a big reason why the Twins have gotten off to a better start this season after winning just 10 of their first 36 games last year to bury themselves by May.

However, it’s still hard to believe the team is flirting with .500 and is just two games behind the third-place Royals in the AL Central considering that three-fifths of Minnesota’s rotation is a shit show.

Kevin Correia is enjoying a career year (although he’s looking much shakier in May) and Scott Diamond had been looking much better lately (until his last start, that is), but the rest of the Twins rotation has been awful, leading to a collective 5.14 ERA, better only than Toronto among AL teams.

Let’s look at the main culprits here and examine some minor league options that could benefit when/if the team opts to make changes.

Pedro Hernandez has had his moments (tossing five shutout innings against a potent Texas lineup last month for his first major league win), but more often has been ripped. A week and a half ago, he lasted just two innings against the BoSox. Here’s a video of Hernandez warming up for that start.

You can see that he doesn’t exactly bring the heat, with a fastball that averages just 88.6 mph. Small wonder Hernandez averages less than five Ks/9. He’s been using his fastball, cutter and change up less this year, employing the curve much more often in their stead. Given the improvements in Hernandez’s change up, maybe he should be flashing that offering more frequently. The 24-year-old Venezuelan lefty has some upside, but he relies on pinpoint control, which simply hasn’t been as sharp this year (nearly three walks per nine). Hernandez is the most likely candidate to lose his spot in the rotation.

Vance Worley is also on thin ice, but he bought himself some rope with a strong effort Friday against the BoSox. In his best start of the season, he really kept Boston guessing, giving up just one unearned run over six innings. If this is the beginning of a trend, Worley will stick around for a while. But if keeps averaging just five innings per start (and taxing the bullpen as a result), the Twins may need to remove him from the mix.

Mike Pelfrey has slowly been turning his season around, but he got beat up by the ChiSox this week. The team has no plans to replace him in the rotation – yet. Given the money he’s making, Pelfey probably has the longest leash among this trio of underperforming starters. Clearly, the rust is still being shaken off after his injury-plagued campaign last year.

So should one or more of these dudes need to be yanked from the rotation, who are the top candidates to take over?

By RotoRob
This entry was posted on Saturday, May 18th, 2013 at 3:32 pm and is filed under BASEBALL, RotoRob, Team report. You can follow any responses to this entry through the RSS 2.0 feed. You can skip to the end and leave a response. Pinging is currently not allowed.