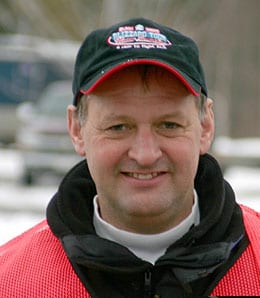 We’re back with more of the 2013 RotoRob MLB Draft Kit today. While we work away at the next cheat sheet (watch for second base, coming very soon), we’ll take a look at the American League’s worst team the past two years.

Gardy will be joined as a host by his bench coach Terry Steinbach, and it’s very heartwarming to see baseball folks making a difference for the better.

But we can’t help but ask: who is raising money for another important cause, namely, the rebuilding of the Twins?

The Twinkies actually showed modest improvement last year, if you can believe that a 66-96 record represents an improvement. After winning back-to-back divisional crowns in 2009 and 2010, Minnesota has now spent the past two seasons running from the shadow of 100 losses.

The offense was middling, doing a solid job of getting on base and trying to manufacture runs with speed, but lacking the power to put up a lot of crooked numbers. The pitching? Abysmal. The Twins were forced to use hurlers in roles they were not good enough for and had to continue sending out to the mound dudes that should have been in Triple-A.

Let’s examine some of the highlights from Minnesota’s slightly better 2012:

On the prospect side of the equation, third baseman Miguel Sano moved up to full season ball last year and racked up some eye-catching counting stats (leading the Midwest League in homers and RBI), even if his slash line regressed. He remains an up and coming star, but is still a few years away.

Outfielder/second baseman Eddie Rosario is also still in the low minors and he dealt with some injury issues that stalled his progress somewhat.

Starter Liam Hendricks was forced to make 16 starts for the Twins, and while the innings will help him in time, he wasn’t ready to stick. That 2.20 ERA at Triple-A, however, suggests that he will help the Twins in time – possibly this year if he’s handled correctly and not thrown to the lions again.

So what have the Twins done this winter to address their weaknesses?

We’ll focus on the pitching additions, because that’s where Minny needed the most help.

Some of these moves might pay serious dividends for the Twinkies, but if nothing else, we know they have a lot more rotation and bullpen depth this season.

The upshot is that this team has more reason for optimism heading into 2013 then it did in 2012.

Minnesota opens the season at home with a three-game series starting April 1 against the defending AL champion Tigers, so we won’t have to wait long to know how this team stacks up against the best the Junior Circuit has to offer.

By RotoRob
This entry was posted on Wednesday, January 30th, 2013 at 1:36 pm and is filed under 2013 RotoRob MLB Draft Kit, BASEBALL, RotoRob, Team report. You can follow any responses to this entry through the RSS 2.0 feed. Both comments and pings are currently closed.