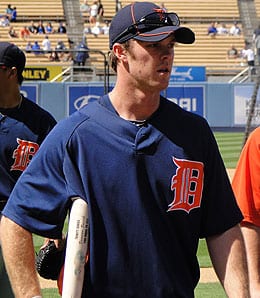 The Tigers said bye-bye to Brennan Boesch after he hurt his oblique.

This week on RotoRob’s Fantasy Baseball Weekly Podcast (heard Thursdays at 9 p.m. EST on Blogtalkradio), we managed to launch into our Top 60 Prospects rankings, something we had hoped to do last week, but had to cut for time purposes. Well, we would not force our listeners to wait another precious moment for us to dive into the prospects.

Among the highlights of this week’s show:

To hear the Podcast in its entirety, simply click that pointy thingy below. It’s fun and it’s easy!

By RotoRob
This entry was posted on Saturday, March 16th, 2013 at 4:39 pm and is filed under BASEBALL, Podcast, RotoRob, RotoRob's Fantasy Baseball Weekly, Tim McLeod. You can follow any responses to this entry through the RSS 2.0 feed. Both comments and pings are currently closed.