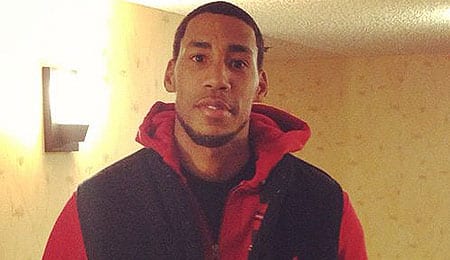 Garrett Temple has emerged as a surprise contributor in Washington.

Happy New Year to all our readers. We hope during the first part of the NBA schedule you have parlayed our waiver wire recommendations into Fantasy domination. Now’s the time to solidify your lead and continue to take advantage of waiver wire gems as often as necessary.

This week (notwithstanding Friday night’s debacle), the Raptors continued to scorch, moving into a tie with Detroit for 11th place in the Eastern Conference. If this keeps up, Toronto could be knocking on the door of a playoff spot soon. In the Western Conference, Damian Lillard continues to rack up the points, dimes and even boards (lately) as he establishes himself as the obvious 2012-13 NBA Rookie of the Year.

Avery Bradley, PG/SG, Boston Celtics: Bradley arrived on the scene in the second half last season, but offseason surgeries delayed the start of his 2012-13, therefore, he barely made our Shooting Guard rankings. To wit, he’s barely cracked the top 150 among two-guards so far this season, but we still love his prospects for the remainder of the campaign. Now that Boston has its full lineup together at last, we’re expecting Bradley to really roll. He made his season debut Wednesday, and looked predictably rusty in 20 minutes. Friday, he got a bit more PT, responding with six points, a board, an assist, a steal and a block. Bradley makes the Celtics a better team, so the PT will come, and when it does, the production will follow. Jump on him now while you can.

Garrett Temple, PG/SG, Washington Wizards: Temple has burst out of nowhere to take over as the starting PG in Washington while John Wall and A.J. Price are out. He’s huge (6’6”) for a PG and is getting tons of run (41 minutes Saturday, 47 Friday, albeit in double OT) and while his shooting touch leaves something to be desired, the rest of his game sure looks attractive. Temple dropped 11 dimes Friday and flirted with a triple double (eight points, seven boards). Sure, he’s raw and will put the occasionally stinker (Wednesday, he went scoreless while fouling out in 22 minutes), but he looks like he’s worth a flier even with Jordan Crawford back now.

Andre Miller, PG, Denver Nuggets: Miller is getting a chance to start with Denver taking it easy with Ty Lawson (Achilles) by bringing him off the bench and all Miller has done is post back-to-back double-doubles. Grab the vet while he’s sinking buckets.

Ben Gordon, SG, Charlotte Bobcats: After cooling last month, the streaky Gordon is going off again, averaging nearly 19 PPG in the past week.

Marreese Speights, PF, Memphis Grizzlies: Speights had Fantasy value last season while Zach Randolph was out, but when Z-Bo returned, it disappeared. Well, Randolph is briefly out again with the flu, missing Friday and giving Speights – who started 54 games last season – another shot in the starting five. This is a seriously short-term gig, but the fact that Speights went off for a season–best 22 points, 13 boards and a steal should at the very least buy him more rotation time going forward. He’s been getting more touches lately and has once again proven that he’s a viable Fantasy option when given the PT.

Kyle Korver, SG/SF, Atlanta Hawks: Early in the season, we recommended Korver as a waiver wire pickup and it was a solid choice, as he got plenty of touches in November, a bit fewer in December, but is again getting lots of looks now, yet remains available in tons of leagues. Korver is consistently reaching double digits in scoring, canning tons of treys and seeing plenty of PT lately (31 MPG over the past five). Used almost exclusively as a starter this season, Korver is almost doing nothing but putting up shots from downtown, but as long as he’s sinking three treys per game (as he’s done over the last five), he needs to be considered.

Mike Dunleavy, SF/SG, Milwaukee Bucks: We all know how injury prone this dude is, but when he’s sinking buckets like he’s been lately (and canning tons of treys), scoop him up.

Andre Drummond, C/PF, Detroit Pistons: We recommended Drummond last month and it was a nice call as he sunk more buckets and free throws in December. The rook remains available in most leagues, but we don’t believe that will continue for long given that over the past five games he’s averaged nearly a double-double despite playing less than 24 MPG. His FG percentage has been off the charts lately and he has seven blocks in the past three games, including a game-saver as time expired Friday.

Tiago Splitter, C/PF, San Antonio Spurs: In late-November, we talked about how Splitter couldn’t gain any traction in the Spurs’ position battle at centre, often incurring Coach Gregg Popovich’s wrath. But the fact is that Splitter was much better last month and he’s been seeing more PT early in January, making him worth another look. He’s 7-for-7 from the line over the past two games and blocked three shots on Thursday. We’d like to see Splitter sink more baskets – especially given the recent increase in PT – but as the Spurs do their annual rest the vets thing, he’ll be assured of decent PT in the second half, and that makes him someone worth targeting.

Zaza Pachulia, Atlanta Hawks: Pachulia has two double-doubles in the past four games and has seen a recent uptick in PT, although the return of Josh Smith hurts Zaza.

Andray Blatche, C/PF, Brooklyn Nets: After getting amnestied by the Wizards, Blatche has revitalized his career in Brooklyn and while he’s still not consistently getting enough PT, the double-double and four steals Friday showed he can contribute even if the minutes aren’t there.

By RotoRob
Tags: Andre Drummond
This entry was posted on Saturday, January 5th, 2013 at 4:09 pm and is filed under BASKETBALL, RotoRob, The Wire Troll. You can follow any responses to this entry through the RSS 2.0 feed. Both comments and pings are currently closed.