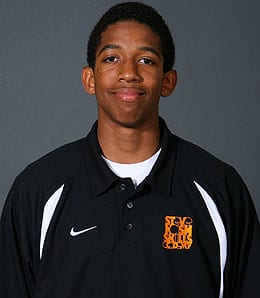 With the Lakers’ PG ranks decimated, Darius Morris is getting plenty of burn.

Welcome back to another week of the NBA Wire Troll, where we aim to provide you with Fantasy basketball waiver wire recommendations that are actually likely available in your league (current ownership of no higher than 50 per cent).

It was another exciting week of hoops action as the Knicks finally lost (to new king of the hill Memphis); Andrew Bynum (right knee) has suffered yet another setback in his recovery effort – only this time it’s an issue with his left knee; and Bynum’s former team, the Lakers, are slowly adjusting to Mike D’Antoni’s offense.

Let’s get to our picks of the week.

Darius Morris, PG, Los Angeles Lakers: This is merely a short-term pickup while Steve Nash (sidelined for another week or two) and Steve Blake remain out, but for now, Morris is manning the point in the Lake Show. In late-January, we recommended Morris for a short-term pickup and while he didn’t exactly set the world on fire, he got enough PT to be somewhat useful in very deep leagues. Well, Morris is getting a chance to start now for the first time in his career and while the results have been modest, the PT is really rising, as he got a season-high 31 minutes Friday, dropping six dimes in the process. Morris’ touches are up slightly of late and overall he’s getting way more burn this season. Yes, he remains most intriguing in keeper leagues, but with Chris Duhon looking like a complete non-factor, it is Morris that is worth a look in extremely deep leagues.

Bradley Beal, SG, Washington Wizards: Heading into the season we projected Beal as 21st in our Shooting Guard Rankings and so far, the rookie hasn’t come close to that. However, he started flashing a little something-something last week, but inconsistencies are to be expected from such a young player (19). Still, we love the amount of touches he’s getting lately and once he starts finding his range, the scoring potential here is tremendous. Beal will be frustrating to own while he figures it out, but we’re convinced he’ll be a serious force by season’s end.

Alexey Shved, PG, Minnesota Timberwolves: Another rookie worth considering, Shved went off for 22 points and seven dimes Friday and has canned five treys in the last three games.

Metta World Peace, SF/PF, Los Angeles Lakers: Heading into the season, we placed World Peace 39th in our Small Forward Rankings, but he’s been a top 20 player at the position so far. He certainly seems to be adjusting well to D’Antoni’s system, pouring in a season-high 22 points Friday and showing that all-around game (five treys, six boards, three assists, three steals and a block) that used to make him a Fantasy stud even if you were always worried he’d wind up axe murdering someone. MWP is getting more touches lately and overall has become a much bigger part of the Laker offense this season. LA’s new up-tempo attack is working well for World Peace, so grab him while you can.

Kyle Korver, SG/SF, Atlanta Hawks: Korver came in 35th in our preseason Small Forward Rankings and he’s likely been slightly better than that so far, but is really picking up the pace lately. He went off for a season-high 22 Friday to lead the Hawks over the Kings as – given the chance to start at the two-guard this season – Korver has rhymed off three straight double-digit scoring efforts while racking up a boatload of treys. He’s been shooting the lights out (59 per cent over the past five) and looks like a new man in Hotlanta as he’s getting his most touches since his Sixer days. Hell, Ashton Kutcher even pulled down seven boards on Friday, and that’s not something we’re accustomed to seeing. Need treys? Grab him.

Derrick Williams, PF, Minnesota Timberwolves: On Friday, last year’s No. 2 overall pick reminded us why he went so high when he poured in 23 points with seven boards, four blocks and a 3-pointer.

Jason Richardson, SF/SG, Philadelphia 76ers: J-Rich has gone off for 20 points in two of the past three games and he added eight boards Friday while running his trey total to 11 over the past three.

Emeka Okafor, Washington Wizards: Okafor was slotted 24th when we released our Centre Rankings in the preseason, but he hasn’t even performed at a top 40 rate so far. Coming off his worst season ever, a slow start didn’t exactly fan hopes for a recovery from the big man. However, on Saturday Okafor went off for 17 points and eight boards and while his offensive numbers have dimmed since then, he continues to pull down rebounds and block shots. Okay, his Bobcat days are done like dinner, but he can still contribute in 14-team leagues.

Meyers Leonard, Portland Trail Blazers: Leonard also snuck on to our Centre Rankings, but based on his overall play so far, the rookie has barely been a top 50 centre. However, it`s time to consider Leonard in very deep formats as he’s been getting the PT, including a season-high 27 minutes Friday. He responded with eight points, eight boards, a block and a steal, and we like the fact that his shooting touch is improving in the past week or so. Let’s put things in perspective as this was the first good game of his career, but yes, J.J. Hickson needs to look over his shoulder a bit, and yes, Fantasy owners need to put Leonard squarely on their radar.

Amir Johnson, C/PF, Toronto Raptors: Bear in mind that he’s battling the flu right now, but Johnson has been getting the minutes (33.5 in the past two) and that usually translates into boards (10.5 in the past two). Now if he could just figure out how to stay out of foul trouble.

By RotoRob
This entry was posted on Saturday, November 17th, 2012 at 9:29 am and is filed under BASKETBALL, RotoRob, The Wire Troll. You can follow any responses to this entry through the RSS 2.0 feed. Responses are currently closed, but you can trackback from your own site.