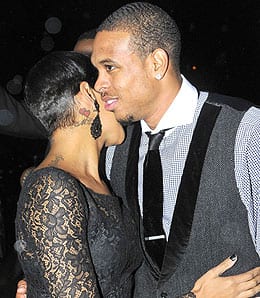 Welcome back to another week of NBA waiver wire recommendations, featuring only players a maximum ownership of 50 per cent.

There’s lots of big developments on the injury front this week including: Ricky Rubio about to make his season debut Saturday; Carmelo Anthony (ankle) a questionable play for Saturday; and LeBron James (shoulder) expected to suit up Saturday.

You’ll definitely want to make sure that your Warriors, Clippers and Spurs are all locked and loaded as those teams have sweet schedules in Week Eight.

Shannon Brown, SG, Phoenix Suns: When we recommended Brown last month, we said he could be in line to earn more burn, and that’s exactly what’s happened. He was really getting it done as the team’s Sixth Man, but now that he’s moved into the starting lineup for the Suns, Brown is really rolling, yet is still widely available. Okay, so he was invisible Friday, but the minutes were there and he’s been getting more touches lately. Brown is also starting to nail a few more from beyond the arc a bit, although his touch has been a bit off in that regard. And obviously, more minutes has translated into slightly more turnovers, but it’s not a major issue. Grab Brown while he’s getting the PT.

Sasha Pavlovic, SG, Portland Trail Blazers: This is a short-term pickup for deeper league owners only as Pavlovic got a start earlier this week and has been logging nice minutes with starter Wesley Matthews (hip) out. It’s been a long time since Pavlovic was on the Fantasy radar; back in 2009, he was already a fringe player. A former starter for a Cavs team that went to the finals, Pavlovic had a nice all-around game Monday with 10 points, seven boards, five assists and a steal and followed that up Thursday with six points, four boards, four steals, two treys, two assists and a block. The minutes haven’t been there for Pavlovic until this week, so while he’s getting them, consider him a nice short-term add.

Nick Young, SG, Philadelphia 76ers: This is another short-term, deep-league special as Young is starting with Jrue Holiday (foot) out. He poured in six points in the first five minutes Friday, but then disappeared (1-for-8) for the rest of the night. It’s always a crapshoot with Young.

Kevin Seraphin, PF/C, Washington Wizards: When we recommended Trevor Booker last month, we mentioned that Seraphin was looming. Well, loom he does, moving in and out of the starting lineup, but looking extremely good Friday off the bench with 16 points and eight boards. Seraphin has shown a nice shooting touch lately, and while we’d like him more if he was starting full-time, he’s getting enough PT to be worthy of an addition in almost all formats. Like many young bigs, expect inconsistency here, but we like his chances of holding value all season.

C.J. Miles, SF, Cleveland Cavaliers: Last March, we recommended Miles as a waiver wire pickup and it was a decent call, although his PT slipped in April. Now the former Utah reserve is getting a chance to start for the Cavs with Dion Waiters (ankle) out. This is a short-term addition only, as Waiters may be back as soon as Tuesday, but Miles made a statement with back-to-back 28-point efforts earlier this week and 14 three-pointers over the last three games. Woah. He’s certainly getting enough PT to be useful lately, and we like the improvement he’s shown on the defensive glass this season. One the downside, Miles has turned it over six times in the past two games.

Alonzo Gee, SF, Cleveland Cavaliers: Gee had a nice little scoring run earlier this week, but it’s his all-around production that intrigues us the most.

Ed Davis, C/PF, Toronto Raptors: Andrea Bargnani is hurting again, giving Davis a chance to start and he sure shone in his first game in the starting five, going off for 24 points, 12 boards and three steals on Wednesday. He hurt his finger Friday, yet still pulled down eight boards with a steal and he’s expected to play Sunday. Amir Johnson and Linas Kleiza are in the mix here as well, but Davis is starting, so give him a look for the time being.

Jason Thompson, C/PF, Sacramento Kings: We recommended Thompson last month when he started to make some noise and he’s been pretty solid since then, yet remains available in tons of leagues. On Friday, he was extremely efficient (6-for-7 from the field, 3-for-4 from the line) en route to 15 points with four assists, a block and a steal. Thompson hasn’t been great from the line lately, but is normally a solid FT shooter for a big man and we really like the fact that he’s getting more burn this season.

Kosta Koufos, Denver Nuggets: Koufos is a battler, taking on opponent big men and usually getting into foul trouble as a result, but he’s still capable of helping. Friday, for instance, he pulled down seven boards, had six points and blocked four shots. That has a place in a deeper league.

By RotoRob
This entry was posted on Saturday, December 15th, 2012 at 2:20 pm and is filed under BASKETBALL, RotoRob, The Wire Troll. You can follow any responses to this entry through the RSS 2.0 feed. Both comments and pings are currently closed.