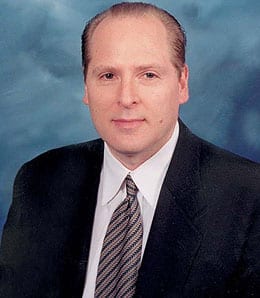 New T-Wolves head honcho David Kahn has a major rebuilding project ahead of him.

The 2009-10 RotoRob NBA Draft Kit keeps chugging along with another team preview today. Kevin Love’s big night Sunday helped the Kurt Rambis era get off to a fine start, but can the T-Wolves improve their defense enough to make any serious progress this season?

The Timberwolves are in full blown rebuilding mode and that is hard for fans to hear. We all want our team to compete for titles, and we all want to see them win game after game, but in order to become a winner you first have to build a winner, and that is what President of Basketball Operations David Kahn is trying to do.

The Wolves signed perpetual sleeper Ramon Sessions to help man the PG spot now that top draft pick Ricky Rubio is staying in Europe. Sessions has shown that he can be an exciting Fantasy PG when given the chance, but that chance is all up to new coach Kurt Rambis. Corey Brewer and Al Jefferson are coming back from knee surgeries, but both should be on the floor for opening night. Love didn’t like how he was used last year, but a new coach and the loss of 20 pounds should mean plenty of double-double nights for him this season. Jonny Flynn is still in the starting PG mix, but I don’t think the team gave Sessions $16 million to back up a rookie. The Timberwolves have asked big man Mark Blount to stay home for training camp and for his agent to seek a trade. Wayne Ellington has enough skills to push Brewer for minutes right away, but will he?

Brewer and Ellington will battle it out in the preseason to see who starts at SG. Even when one wins the battle, the other should see enough minutes to be useful as a utility option in 14-team or deeper leagues.

Jefferson is returning from ACL surgery, but he had enough time that he should start the season ready to make an impact for those smart enough to not let him slide too far. Jefferson is going to be the go-to guy when the T-Wolves need points, so don’t be gun shy when drafting.

Flynn has skills, we all know this. But, so does Sessions and I think he will cancel any value that Flynn could have had when Rubio decided to stay overseas. You could handcuff Sessions with Flynn in deeper leagues, but it is a risk since Sessions has shown he is healthy and can put up stats when given the minutes.

Sessions is my sleeper pick. Can you tell I am high on this guy yet? When he has got the minutes, Sessions has put up good Fantasy numbers and that is why the Wolves paid him the money they did. I would have no problems sticking him in my guard flex slot this season.

Flynn, of course, is the key freshman here. I don’t think he gets the starting PG gig, but if Sessions struggles you have to wonder how quickly Coach Rambis puts the rookie in. Keep an eye on the minutes played and be ready to make the swap if the Wolves make it first. Ellington, in the mix for the starting two-guard job, also deserves very close scrutiny.

Love wants to be more involved in the offense, but will the new coach give him the chance to really step up and shine? Is Jefferson over the knee injury? Is Sessions the man to make everyone forget about Rubio? Did the Wolves burn a draft pick by taking Rubio and Flynn, then going out and signing Sessions? The team is trying to fix what went wrong last season, so stay tuned to see what twist fate has in store for the Timberwolves this season.

Ramon Sessions: Sessions is a sleeper at the PG spot that could easily start for any Fantasy team if the Wolves give him the time on the floor. I would have no problems taking Sessions in the middle rounds as my sleeper PG pick.

Corey Brewer: More of a defensive stopper than a scorer in my opinion. He should get the call over rookie Ellington, but the two will split minutes with Brewer playing the Bruce Bowen role and Ellington being more of a scorer.

Ryan Gomes: Gomes is going to lock down the starting SF job and he should put up between 13 and 15 points with 5-6 rebounds per game, but that is about it. He doesn’t have a lot of competition so target him towards the later rounds of your draft.

Al Jefferson: Jefferson is the first, second, and third option for the Wolves’ offense. I could easily see Big Al being a top five PF pick this season and I have no worries about drafting him on my team.

Kevin Love: Love is determined to become more involved in the offense, which will add to his value. If he can get the minutes he wanted last year (30+ MPG), you could see him average a double-double every night. If that happens, I put Love in the top 10 among Fantasy centres.

Jonny Flynn: Flynn will see time at PG, but Sessions should be the starter. Flynn has the ability to be a quality NBA starter, but the addition of Sessions means he is little more than a handcuff at this point.

Wayne Ellington: I already laid out Ellington’s value, but let me say something else here. I think he could emerge as the Wolves’ sixth man this season. The team is rebuilding and with many things uncertain, Ellington will get every chance to play solid enough minutes to be worthy of being drafted late and stashed on your bench.

Antonio Daniels: Daniels doesn’t fit into the Timberwolves’ plans and could be traded at some point. He’s not worth owning.

Ryan Hollins: Kahn was impressed with Hollins, saying “Ryan’s athleticism is almost shocking, how off-the-chart it is.” If Jefferson or Love should go down, Hollins could offer some short-term value, but only if someone is injured.

Look, I won’t lie to you, the Wolves have some questions for Fantasy owners that will only be answered by pre-season games. The team has some size to it now, but I don’t see guys like Brian Cardinal, Oleksiy Pecherov, Sasha Pavlovic, or Damien Wilkins being anything more than NBA depth players that won’t have Fantasy value. NBA value doesn’t always mean Fantasy value and that is the case here. Wilkins could see some time at either wing spot, and he could be in the mix for the starting two guard slot, but don’t expect much.

The simple truth is the jewels of the Timberwolves are Jefferson, Love, Gomes, and probably Sessions, but don’t expect a ton of Fantasy value from the bench. Maybe Ellington will become valuable if Brewer goes down, but wait until that happens before jumping on him. You can always email me with your Fantasy basketball questions.

By James Morris
This entry was posted on Tuesday, October 6th, 2009 at 3:26 pm and is filed under 2009-10 RotoRob NBA Draft Kit, BASKETBALL, James Morris, RotoRob. You can follow any responses to this entry through the RSS 2.0 feed. You can skip to the end and leave a response. Pinging is currently not allowed.