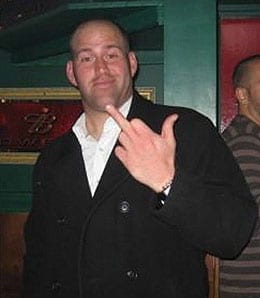 Back in the day, Kevin Youkilis’ feelings about the Yankees were very clear.

RotoRob took the Podcast controls for the first time this week, and while there were some feedback issues at first, he more or less got the job done on RotoRob’s Fantasy Baseball Weekly Podcast, heard every Thursday at 9 p.m. EST on Blogtalkradio. This week, RotoRob and Tim McLeod got heavily into Winter Meetings deals and rumours.

To listen to the Podcast in its entirety, simply click the arrow below.

By RotoRob
This entry was posted on Friday, December 7th, 2012 at 11:00 am and is filed under BASEBALL, Podcast, RotoRob, RotoRob's Fantasy Baseball Weekly, Tim McLeod. You can follow any responses to this entry through the RSS 2.0 feed. Both comments and pings are currently closed.