Podcast: The Trade that Shook the World… NOT 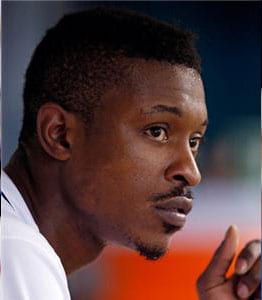 B.J. Upton bolted from the Rays for the big Braves bucks.

Another week, another Fantasy baseball Podcast. Ah yes, Thursdays evenings at 9 p.m. EST on Blogtalkradio the weekly event that is also known as RotoRob’s Fantasy Baseball Weekly Podcast occurs. And while RotoRob had planned to man the controls this week, BTR — as it is wont to do — had other plans for him, thereby necessitating another rescue by Chris Wassel.

However, fear not. Fantasy baseball topics were covered… topics as diverse as:

You can check out all these stories and more by simply clicking that funky play button below. Come on. You know you want to.

By RotoRob
This entry was posted on Friday, November 30th, 2012 at 10:16 am and is filed under BASEBALL, Podcast, RotoRob, RotoRob's Fantasy Baseball Weekly, Tim McLeod. You can follow any responses to this entry through the RSS 2.0 feed. Both comments and pings are currently closed.