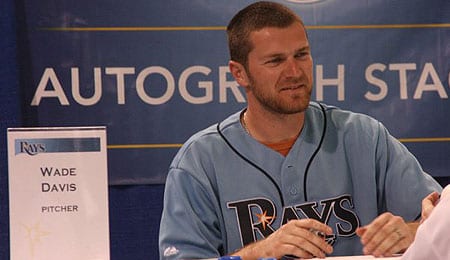 Will Wade Davis get a chance to start or is he ticketed for a set-up role?

How bizarre was it to see Alex Rodriguez get benched in the final two games of the ALCS against the Tigers?

The broken hand that cost him over a month this season really screwed up his campaign. In the final 28 games of the regular season, Rodriguez managed all of six extra-base hits including just two freaking homers.

The Yankees have now been eliminated by their new kryptonite, Detroit, three times in the past six years, and A-Rod’s playoff disappearing act is a big reason why.

Other than 2009, Rodriguez has been a notorious dud in the postseason, and this season was no different. He hit .120 without an extra-base hit, scored just once and failed to drive in a run while whiffing a dozen times in seven games. Blick!

After that shocking development, the rumours that the Yankees would like to divest themselves of Rodriguez started en masse. There’s no doubt New York will listen this winter, but will a realistic trade scenario emerge?

This will be just one of several fascinating storylines to follow in New York this offseason in the wake of another Yankee playoff failure.

By RotoRob
This entry was posted on Tuesday, October 23rd, 2012 at 11:35 am and is filed under BASEBALL, Fantasy Notes, RotoRob. You can follow any responses to this entry through the RSS 2.0 feed. Both comments and pings are currently closed.