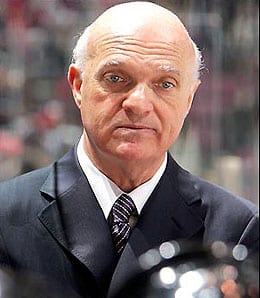 Lou Lamoriello is optimistic that the season will start on time.

Team President and General Manager Lou Lamoriello of the Eastern Conference champion New Jersey Devils says his team is completely healthy with training camp scheduled to start in a week and a half.

There’s only problem: between now and then lies the September 15 expiration of the current CBA, which – given the lack of progress on a new deal – will result in the NHL locking out all its players.

Hence, training camp for any team is a pipe dream.

Still, it’s great news for the Devils that, as they look to get back to the Stanley Cup Finals this season, they are in great shape.

Let’s update what’s going on with the players who were hurting this offseason:

If the lockout does in fact occur and winds up – as many expect – reducing the season to a shortened schedule, that could wind up being good news for a veteran-laden team like the Devils. A shorter season could leave this club fresher come playoff time, and perhaps allow New Jersey to finish what it started last season.

For his part, Lamoriello is bullish on a deal being struck in time for both training camp and the regular season to begin on time.

By RotoRob
This entry was posted on Monday, September 10th, 2012 at 12:57 pm and is filed under HOCKEY, RotoRob, Team report. You can follow any responses to this entry through the RSS 2.0 feed. Both comments and pings are currently closed.