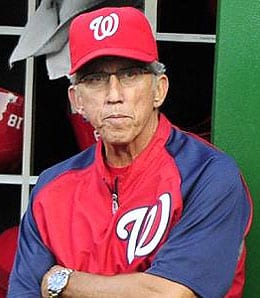 Will Davey Johnson and the Nats pull the plug on Stephen Strasburg?

Wasn’t it just over a month ago that we were talking about the run that New York Yankees starter Phil Hughes was on and how he should be scooped up in shallow leagues where he had been dropped?

Since then, Hughes has been Mr. Inconsistent. He took back-to-back beat downs in Detroit and Toronto, then proceeded to right the ship with strong performances against Boston, the White Sox and Toronto to nearly carve his ERA back under 4.00.

Then came Sunday’s vitally important outing against Baltimore. In seven starts at home since June 26, he had gone 6-0, retired the first seven batters Sunday and was cruising along with a 2-0 cushion after four innings, having giving it up just two hits. It still remained 3-1 Yanks through five.

And then, as Hughes said “the wheels just came off.”

The sixth began walk-single-single-homer and the Orioles were on their way to victory – a win that would pull them back within two games of the Yanks in the AL East. In retrospect, Hughes should have never been allowed to pitch to Mark Reynolds, whose three-run homer gave Baltimore the lead in the sixth. Manager Joe Girardi should have seen that coming the way Hughes quickly unravelled that inning.

The two homers allowed by Hughes gives him dingers served in six straight starts and 32 coughed up overall, which ties him for the major league deal with Ervin Santana and Tommy Hunter.

Hughes had actually regained a lot of traction on the wire recently after his nice run heading into this start. Frankly, we’re not sure what to make of him at this time. Our suggestion: if you own him, hold him and see how it goes next time out. Generally speaking, Hughes has been well worth using at Yankee Stadium (10-4, 3.56), but Fantasy anathema on the road (3.8, 5.03). Let that be your guide for now.

Still, from an overall perspective, he’s made nice strides this year after a 2011 campaign in which he simply didn’t look good enough to remain a major league starter.

By RotoRob
This entry was posted on Monday, September 3rd, 2012 at 1:12 pm and is filed under BASEBALL, MLB Today, RotoRob. You can follow any responses to this entry through the RSS 2.0 feed. Both comments and pings are currently closed.