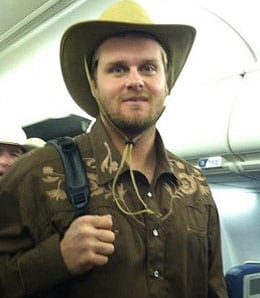 Luca Duda could rustle up some pop for your team.

September has arrived, bringing with it the annual rite that is MLB roster expansions. We finally get to see some of the young guns and veterans being rewarded for a great year in the minors by earning the call and getting the opportunity to contribute to our Fantasy fortunes. September call-ups can and do make a difference in our Fantasy plans for the stretch run so stay attentive to the bevy of moves that will occur over the next several weeks.

It simply wouldn’t be 2012 if we didn’t have at least one closer change to discuss. Last week we saw a continuation of that theme with several moves occurring that could have serious implications if you’re chasing down saves in league play.

Without further ado, let’s give this week’s Troll options the once over.

Lucas Duda, 1B/OF, New York Mets (CBS: 28 per cent owned, ESPN: 27 per cent): Duda was decent from April through June before falling completely off the charts in July. He was subsequently demoted to Triple-A Buffalo on July 24 and was recalled last week. Duda should see regular at-bats down the stretch and provides decent power potential in deeper leagues for September.

Tyler Cloyd, Philadelphia Phillies (CBS: 4 per cent owned, ESPN: unowned): The season-ending injury to Vance Worley has created a hole in the Phillies’ rotation and they have turned to Cloyd to fill that gap. Cloyd was leading the International League with a sparkling 2.35 ERA and had amassed an amazing 15-1 won-loss record between Double-A and Triple-A. A regular rotation slot is his for the taking in September.

Luke Gregerson, RP, San Diego Padres (CBS: 12 per cent owned, ESPN: 17 per cent): We mentioned that Dale Thayer and Gregerson would likely be in a job share back on August 12 when Huston Street hit the DL but the days of the job share seem to be in the rear view mirror. Gregerson has taken the bull by the horns and he’s now a perfect three-for-three in saves over the past week. Street had a setback in his rehab and there is currently no timetable for his return, making Gregerson a must-own in all formats.

Chris Parmelee, 1B, Minnesota Twins (CBS: 3 per cent owned, ESPN: unowned): In 228 at-bats at Triple-A Rochester, Parmelee smacked 17 homers with 49 RBI while compiling an outstanding .338 BA. The Twins should give him a long look and everyday at-bats as they evaluate their options heading into 2013.

Brandon League, RP, Los Angeles Dodgers (CBS: 23 per cent owned, ESPN: 31 per cent): Kenley Jansen has suffered a recurrence of the irregular heart beat that first surfaced last year and is currently waiting further tests. It’s currently a job share situation in Los Angeles with League and Ronald Belisario battling it out. They’ve both earned saves in the past week, but given League’s experience in the role, we’re betting that he receives the lion’s share of opportunities.

A.J. Griffin, SP, Oakland Athletics (CBS: 43 per cent owned, ESPN: 8 per cent): Griffin returned from the DL Saturday and dominated the Red Sox over seven innings, allowing one run and three hits while striking out five in garnering the victory. It looks like he’s continuing right where he left off prior to getting hurt and should be a regular fixture in the A’s rotation for the stretch run.

Daisuke Matsuzaka, SP, Boston Red Sox (CBS: 17 per cent owned, ESPN: 3 per cent): In his return from his most recent DL stint, Dice-K looked very impressive. In seven innings, he allowed five hits, two walks and only one unearned run, racking up six strikeouts to earn the victory against the Royals. He’s squaring off against the red hot A’s Sunday in what should be a serious test of his skills. Give this start a good look before considering spending some of that FAAB cash Sunday night.

Jimmy Paredes, OF, Houston Astros (CBS: 2 per cent owned, ESPN: unowned): The ‘Stros will give Paredes a good look down the stretch and with 37 thefts down on the farm this season, his speed potential is intriguing, as RotoRob discussed Tuesday.

Wil Myers, OF, Kansas City Royals (CBS: 34 per cent owned, ESPN: unowned): We’re drooling in anticipation of Myers’ arrival in Kansas City. When you’re eyeing someone that has belted 37 homers with 109 RBI down on the farm, there is reason for Fantasy owners to be chomping at the bit. Let’s get those PCL playoffs done ASAP so we can finally get a chance to see the goods Myers can provide on a daily basis in the Royals’ lineup.

Jurickson Profar, SS, Texas Rangers (CBS: 25 per cent owned, ESPN: unowned): Temper your expectations. Profar won’t play much (although he did go yard in his first at-bat Sunday subbing at 2B for Ian Kinsler) until the Rangers have clinched, but over the last week or two of the season he should get in some at-bats.

Jake Odorizzi, SP, Kansas City Royals (CBS: 9 per cent owned, ESPN: unowned): Odorizzi enjoyed a great season down on the farm that should be warranting of a promotion once the PCL playoffs are complete.

Chris Heisey, OF, Cincinnati Reds (CBS: 5 per cent owned, ESPN: unowned): In August, Heisey went 14-for-41 at the dish with three homers and nine RBI. In deeper leagues those numbers have value.

Xavier Nady, OF, San Francisco Giants (CBS: 1 per cent owned, ESPN: unowned): On any team other than the Giants, Nady would probably be nothing more than a footnote to the 2012 campaign, but in San Francisco the hot hand gets the at-bats and in his debut he went 1-for-3 with three RBI. Gregor Blanco can’t stop stirking out, making Nady a decent option to see regular at-bats in September.

Pedro Strop, RP, Baltimore Orioles (CBS: 12 per cent owned, ESPN: 5 per cent): Strop has been an integral part of a very strong Orioles’ bullpen in 2012.

Shelby Miller, SP, St. Louis Cardinals (CBS: 22 per cent owned, ESPN: unowned): After a dreadful start to the 2012 campaign, MIller has turned his season around very nicely. Ignore the 4.74 ERA and focus on the past 10 games in which he’s won seven times with a 2.88 ERA and 70 strikeouts in 59 1/3 IP. That’s the Shelby Miller we were waiting to see in 2012. Based on his recent performance, a September call-up could be in the cards and if it happens don’t be surprised if it’s a very successful one.

Nate Jones, RP, Chicago White Sox (CBS: 1 per cent owned, ESPN: unowned): After a rough June and July, Jones rebounded nicely in August and now has a string of nine consecutive scoreless appearances. He’s also the king of the vulture win for the White Sox with seven on the season.

By Tim McLeod
This entry was posted on Sunday, September 2nd, 2012 at 1:56 pm and is filed under BASEBALL, The Wire Troll, Tim McLeod. You can follow any responses to this entry through the RSS 2.0 feed. Responses are currently closed, but you can trackback from your own site.