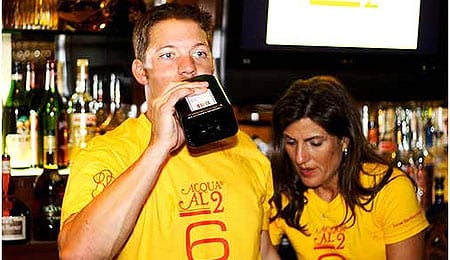 Hey, when we’re wrong, we’ll own it. And we were dead wrong about Chris Perez.

We spent most of the offseason running him down, and when it came time to rank him, we pegged him only 21 among RPs, and basically insinuated that Perez was a prime candidate to lose his job.

Well, here were are in early August, and Perez has easily been a top 10 reliever and arguably a top 80 Fantasy player overall.

He’s been on a serious roll since mid-July (seven straight scoreless outings, five of them hitless), and now that he’s survived the non-waiver trade deadline (there had been talk that San Francisco was very interested in him), Perez’s value for the remainder of the season has been solidified.

The key worry with Perez was a strikeout rate that declined last year to an unacceptable level for a closer. Well, he sure has addressed that this year, averaging 10.3 Ks/9, his best since 2009. Meanwhile, his command has morphed into elite levels. That’s manifested itself in a better ERA, and one that seems far more sustainable based on the peripherals. Last year, it always felt like Perez was on the brink of falling apart.

All those owners that invested in Vinnie Pestano this spring have to be extremely disappointed with Perez’s recovery, but hey, no one can blame you – heading into the season, this was a bullpen situation rife for a revolution. And it’s kind of ironic that given how much turmoil there’s been in bullpens across the majors this year that Cleveland’s has been among the most stable.

The bounce back in Perez’s strikeout rate is only half the story; combined with his new-found control, he’s become one of the top closers in the AL.

Perez has had his share of issues in Cleveland, alienating many fans with his outspoken rants, but Tribe fans have to be breathing a sigh of relief that he’s still an Indian after this week’s trade deadline.

By RotoRob
This entry was posted on Thursday, August 2nd, 2012 at 2:00 pm and is filed under BASEBALL, MLB Today, RotoRob. You can follow any responses to this entry through the RSS 2.0 feed. Both comments and pings are currently closed.