The Wire Troll: Danny Valencia’s Return to the Show 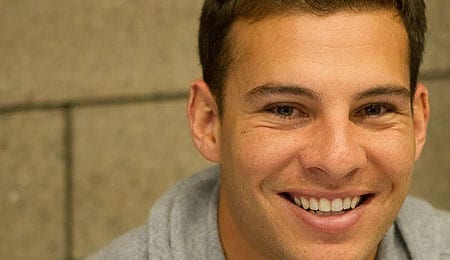 Could Danny Valencia be the answer at the hot corner in Beantown?

Tim is suffering from sugar shock this week, so the task of compiling the Wire Troll falls to your trusty editor. But enough preamble; let’s get to this week’s recommendations.

Danny Valencia, 3B, Boston Red Sox: Adding to the BoSox’s injury woes, Will Middlebrooks’ season is likely over after he busted his wrist Friday. Now the hot corner in Boston falls to Valencia, just acquired last week for a minor league outfielder and recalled as soon as Middlebrooks got hurt. We only projected Valencia as the 21st-best third baseman heading into the season, but he’s been nowhere close, barely playing like a top 90 player at the position. Given that Valencia will likely share PT with Nick Punto and Pedro Ciriaco, we wouldn’t advise going too crazy here, but third base is a shallow position, so when you have an opportunity like this, it’s wise to pounce. Valencia will make his BoSox debut Sunday against the Indians.

Manny Machado, SS/3B, Baltimore Orioles: Baltimore’s promotion of top prospect Machado last week caught us by surprise, and judging by our projected outlook of him as discussed in our most recent Podcast, his early performance has caught us off guard as well. The kid has barely had time to catch his breath since his recall from Double-A and all he’s done so far is a two-hit (including a triple and run) debut Thursday, a two-homer, four-RBI game Friday, and his first double (plus another run and ribbie) Saturday. What? No steals yet? The stiff! Kidding aside, it’s small wonder this dude has been flying off the wire – especially since he may qualify at both 3B and SS. You need to act fast if you want in on this one.

Jim Henderson, RP, Milwaukee Brewers: Man, is Milwaukee’s bullpen a mess. John Axford blew another save Friday and Francisco Rodriguez has already blown his chance to take over the job. So Henderson – who was lights out as the closer at Triple-A Nashville — was named the new Brewer save man Saturday then promptly struck out the side in the ninth before suffering his first big league loss in the 10th as Milwaukee’s road woes continued. Henderson should get another few games to prove he can’t do it; in the meantime, scoop him up and see how this plays out.

Jon Jay, OF, St. Louis Cardinals: Entering the season, we pegged Jay as the 109th-best outfielder to own, but he’s easily been a top 75 player at the position — and given his play lately, he’s rising up the charts with a bullet. He went 4-for-4 Monday and hasn’t stopped hitting since, recording hits in six straight games – the first four of which were all multi-hit efforts. Injuries have restricted Jay’s counting stats, but there’s nothing wrong with his slash line, so he needs to be owned in all NL-only league formats and some mixed leagues.

Chris Johnson, 3B, Arizona Diamondbacks: We recommended Johnson back in early May, but since he’s been dealt to the D-Backs, he’s been on fire, smacking five homers and driving in 18 runs – in 12 games. He’s been one of the hottest commodities on the wire, and at this point may only be available in shallower leagues. Johnson has really plugged the D-Backs’ hole at third base and he could do the same for you if you have such a need.

Brett Jackson, OF, Chicago Cubs: One of our top 40 prospects heading into the season, Jackson had shown a nice power-speed combination in his first full season at Triple-A before getting promoted by the Cubs last week. He’s been dealing with growing pains (eight straight strikeouts) and some physical pain (a Friday collision forced him out of the lineup Saturday, but he’s back Sunday). Making contact is going to be a problem for Jackson – he led the minors with 158 strikeouts – but his speed and modest power potential cannot be ignored. Give Jackson a look in NL-only leagues and see if he starts to adjust to the majors down the stretch.

Eric Young, Jr., OF, Colorado Rockies: The Rox are dealing with a ton of Injuries, giving Young yet another chance to establish himself. We originally projected him to be a top 125 outfielder this year, but he’s exceeded our expectations to an extent. He’s been racking up the multi-hit games lately and even contributed with an inside the park homer on Wednesday. Young’s poor glovework at second base seemed to cap his potential and he struggled defensively after being moved to the outfield, but that situation has since been rectified. He has forced his way into the team’s plans for the remainder of the season and Fantasy owners should react accordingly.

Luke Gregerson/Dale Thayer, RP, San Diego Padres: Huston Street has landed on the DL with a quad strain and Gregerson and Thayer are expected to share save chances while the oft-injured Street is sidelined.

David Phelps: Phelps will start Monday in place of CC Sabathia, who has landed on the DL. Phelps will be on a pitch count, but he’s thrown the ball extremely well all season long.

Ross Detwiler, SP, Washington Nationals: He’s no strikeout god, but have you noticed that his ERA has dipped south of 3.00?

Erik Bedard, SP, Pittsburgh Pirates: The wins haven’t been coming as often as we’d like, but man, this Canadian hurler sure has looked good in three of his last four starts.

Bartolo Colon, SP, Oakland A’s: The big dude hasn’t given up an earned run in his last three starts heading into his outing Sunday.

Eric Chavez, 3B, New York Yankees: He’s playing often enough – and playing well – to be worth a look.

By RotoRob
This entry was posted on Sunday, August 12th, 2012 at 3:15 pm and is filed under BASEBALL, RotoRob, The Wire Troll, Tim McLeod. You can follow any responses to this entry through the RSS 2.0 feed. Both comments and pings are currently closed.