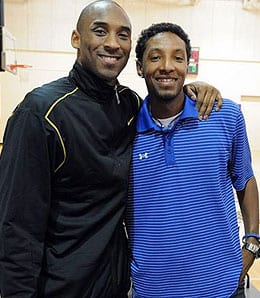 Another week has come and gone and the closer carousel keeps spinning. We experienced another five changes in the closer ranks last week, bringing the grand total to 13 closer swaps — prompted either by injury or ineffectiveness — since the season started. What a totally insane start to the Fantasy season. Is it possible that upwards of 50 per cent of our FAAB budgets will be spent chasing closers this season? With that in mind, let’s see if we can find some ninth inning relief for your beleaguered Fantasy bullpen.

James McDonald, SP, Pittsburgh Pirates (CBS: 28 per cent owned, ESPN: 9 per cent): McDonald continued his impressive run in 2012 by holding the Reds to one earned run Saturday in securing his second victory. In 36 2/3 IP, he’s allowed 27 hits and 13 walks, while striking out 31 and posting a 2.70 ERA and 1.09 WHIP. McDonald has been a model of consistency so far, allowing more than two earned runs only twice in his first six starts. On Monday, he racked up 10 Ks in a gem against the Braves — the majors’ top-scoring team. It’s time for doubters to give McDonald a second look in mixed formats.

Will Middlebrooks, 3B, Boston Red Sox (CBS: 45 per cent owned, ESPN: 6 per cent): Has any young hitter raised his stock more than Middlebrooks in the past year? He doubled his home run production from 2010 to 2011, whipping through Double-A and finishing the year at Triple-A Pawtucket. Middlebrooks was hitting at an absolutely torrid pace this season with nine homers in his first 93 at-bats before the BoSox recalled him with Kevin Youkilis hitting the DL with an irritated joint in his back. Just tread cautiously as the Red Sox won’t have room at the inn for Middlebrooks once Youkilis returns, but as a temporary option, the phenom looks like a nice bet.

Chris Johnson, 3B, Houston Astros (CBS: 29 per cent owned, ESPN: 10 per cent): The injuries keep mounting at the hot corner. Last week we added Youkilis and Pablo Sandoval (6-to-8 weeks with a hamate injury) to a list that already includes Evan Longoria and Ryan Zimmerman. Pedro Alvarez has already been snatched off the wire in most leagues, so Johnson moves to the top of the list of replacement options. In his last 10 games, he’s 13-for-37 with three big flies and 13 RBI. We’ve seen Johnson heat it up in the past and the batting average is not sustainable, but grab him while he’s rolling and reap the rewards.

Josh Reddick, OF, Oakland Athletics (CBS: 39 per cent owned, ESPN: 29 per cent owned): What’s up with the lack of Fantasy love for Reddick? In his past 10 games, he’s 13-for-44 with three homers, eight RBI, and a stolen base. Reddick is not flashy, but has the gig in right field in Oakland (and the clean-up slot in the lineup) and should be a steady if not spectacular performer, which makes him a solid fifth outfielder in standard leagues.

Steve Cishek, RP, Miami Marlins (CBS: 25 per cent owned, ESPN: 5 per cent): The ongoing struggles of Heath Bell finally reached the breaking point last week. The Marlins have “temporarily” removed him from his ninth inning duties, with Cishek moving into the role. This isn’t the first time we mentioned Cishek’s skill set this season, so for those that didn’t move early, the FAAB investment just got a tad higher. In 14 1/3 IP, he’s allowed seven hits and six walks, struck out 15, and compiled a miniscule 0.63 ERA. Toss in four wins (mostly thanks to Bell’s ineffectiveness) and you have the makings of a great bullpen addition.

Andrew Cashner, RP, San Diego Padres (CBS: 16 per cent owned, ESPN: 2 per cent): Huston Street landed on the DL Saturday with a strained right lat. The good news for the Padres is that it’s just a strain. In the meantime, former Cub Cashner brings his 100 mph heater and control issues (10 walks in 13 IP) to the closer role for San Diego. Street could be dealt before years’ end so this is a great opportunity to see if Cashner can in fact get the job done.

Rafael Soriano, RP, New York Yankees (CBS: 45 per cent owned, ESPN: 24 per cent): After the season-ending injury to Mariano Rivera, the rush to own David Robertson is now behind us in most Fantasy Leagues, but let’s not forget that Yankee skipper Joe Girardi has been non-committal about Mo’s replacement so far, saying only that he has two arms that he believes can get the job done. As much as Fantasy owners want Robertson and his huge strikeout potential in the closer role, you shouldn’t forget that prior to joining the Yankees, Soriano was an established closer, saving 45 games for Tampa Bay just two seasons ago.

Ernesto Frieri, RP, Los Angeles Angels (CBS: 5 per cent owned, ESPN: 1 per cent): The Halo pen is an unmitigated disaster. Angel fans got their first look at Frieri Saturday and he didn’t disappoint, striking out the side against the Jays. Don’t be at all surprised to see Frieri move into a prominent role moving forward.

Travis Ishikawa, 1B, Milwaukee Brewers (CBS: 2 per cent owned, ESPN: unowned): Mat Gamel is out for the rest of the season with a torn ACL in his right knee. By default, Ishikawa currently owns the first base job in Beer City. The only question is how long will he keep it?

Rafael Dolis, RP, Chicago Cubs (CBS: 18 per cent owned, ESPN: 17 per cent): Carlos Marmol finally walked his way out of the Cubs’ closer gig. Dolis looks like the favourite, but his low strikeout rate isn’t something you look for in a closer. Don’t overspend, as James Russell could work his way into the mix.

Jeff Keppinger, 2B, Tampa Bay Rays (CBS: 4 per cent owned, ESPN: unowned): Keppinger is absolutely tearing up southpaws to the tune of a .476 BA.

Felipe Paulino, SP, Kansas City Royals (CBS: 10 per cent owned, ESPN: unowned): In his first start since returning from the DL with a forearm strain, Paulino shut down the Yankees on Saturday. Has he finally figured out the dimensions of home plate?

Wilin Rosario, C, Colorado Rockies (CBS: 12 per cent owned, ESPN: unowned): Rosario’s power is very real, as we saw with his two-homer performance on Saturday against the Braves.

Gordon Beckham, 2B, Chicago White Sox (CBS: 26 per cent owned, ESPN: 6 per cent): In his past five games, Beckham’s gone 8-for-17 with two homers, five RBI, and a stolen base. Memories of his great debut in 2009 still linger.

By Tim McLeod
This entry was posted on Sunday, May 6th, 2012 at 2:01 pm and is filed under BASEBALL, The Wire Troll, Tim McLeod. You can follow any responses to this entry through the RSS 2.0 feed. Both comments and pings are currently closed.