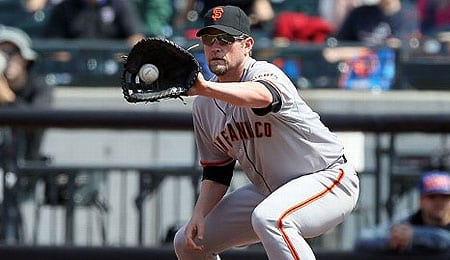 Anxiety has sent Aubrey Huff to the DL — could this be the end of his run with the Giants?

This week’s episode of RotoRob’s Fantasy Baseball Weekly Podcast (heard every Thursday at 9 p.m. on Blogtalkradio) featured an under-the-wire arrival by RotoRob and some technical issues by either just him or everyone, depending on who you were listening to. Buck, Tim and I muddled through, offering up over an hour and a half’s (!) worth of Fantasy baseball analysis covering the top issues of the week, including:

We covered all of these issues, plus many, many, many more in this extremely in-depth Podcast. Listen to the show in its entirety by clicking that cool little pointy thing below.

By RotoRob
This entry was posted on Friday, April 27th, 2012 at 9:22 am and is filed under BASEBALL, Buck Davidson, Podcast, RotoRob, RotoRob's Fantasy Baseball Weekly, Tim McLeod. You can follow any responses to this entry through the RSS 2.0 feed. Responses are currently closed, but you can trackback from your own site.