Podcast: Injuries in the Outfield 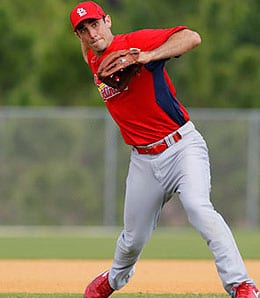 Matt Carpenter looks like a great option with Lance Berkman out again.

In this week’s episode of RotoRob’s Fantasy Baseball Weekly, heard every Thursday at 9 p.m. EST on Blogtalkradio, Buck, Tim and myself covered a ton of ground. It was a very difficult week for owners of several key outfielders, and as always, there was a boatload of injury-related issues — and the opportunities they presented — to go over. Among the highlights of this week’s show were:

For these and tons of other Fantasy-relevant discussions, listen to the complete Podcast by clicking the play button below.

By RotoRob
This entry was posted on Friday, April 20th, 2012 at 7:59 pm and is filed under BASEBALL, Buck Davidson, Podcast, RotoRob, RotoRob's Fantasy Baseball Weekly, Tim McLeod. You can follow any responses to this entry through the RSS 2.0 feed. Responses are currently closed, but you can trackback from your own site.