MLB Today: Todd Helton Nearing the End of the Line 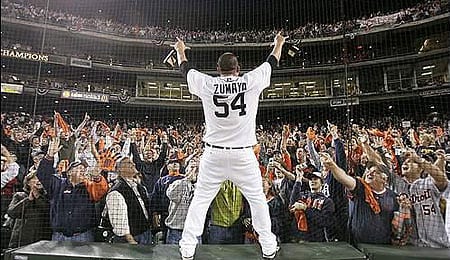 Remember the days when Todd Helton was one of the NL’s most feared sluggers, a man that commanded a whopping nine-year, $141.5-million deal from the Rockies (in 2003, when that kind of deal was still whopping)? Well, heading into last year, Helton had fallen so far off the Fantasy radar – thanks to his wonky back – that he was an after thought at a position that’s as loaded as can be.

That’s why it was so gratifying to see Helton put up a big enough first half that he became a waiver wire darling, earning a spot on our mid-season Wire Troll All-Star Team.

Unfortunately, he struggled in the second half (hitting under .270 with just four homers in 150 at-bats), and the back once again became an issue, forcing Helton to shut it down early in September.

Helton remains a key component in a lineup he’s been a fixture in forever, and he’s proven he can still be an elite OBP man, but with so many tantalizing sluggers occupying first base, he can only be considered an option in NL-only leagues. We also probably won’t ever have to worry about him leaving Coors Field. After signing a two-year extension with Colorado in 2010, Helton is under contract until the end of 2013, at which point you’d have to assume he’d call it a day. Let’s hope so, anyways, because his OPS is 100 points lower on the road over the last three seasons, so the prospect of him playing elsewhere is not an appealing one.

In fact, let him get his 137 hits to reach 2,500 career and then pack it in. Frankly, I might have even preferred to see him hang ‘em up after last year’s nice bounce back. That might have been a perfect time to end things, because you’d hate to see an elite hitter like Helton – product of Coors Field or not – struggle at the end.

Don’t forget to join Buck, Tim and I every Thursday at 11 p.m. EST for our Fantasy baseball Podcast. Tune in here.

By RotoRob
This entry was posted on Monday, January 16th, 2012 at 1:02 pm and is filed under BASEBALL, MLB Today, RotoRob. You can follow any responses to this entry through the RSS 2.0 feed. You can leave a response, or trackback from your own site.