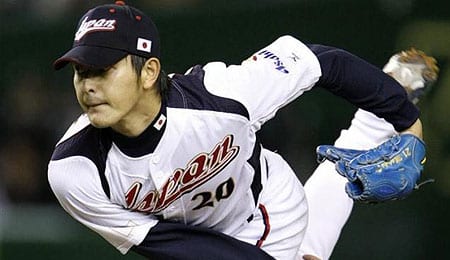 On Thursday night, Buck, Tim and I once again convened for a half hour of all things Fantasy baseball in our weekly Podcast on Blogtalkradio, RotoRob’s Fantasy Baseball 365. This week, after a brief discussion of some recent free agent movement, we launched into a complete examination of the big trades this offseason.

Included in the lively banter was:

We also had a lightning round look at the Huston Street deal, and oh baby, does time fly when you’re talking about Fantasy baseball. Listen to the entire show in the player below and join us every Thursday at 11 p.m. EST on RotoRob’s Fantasy Baseball 365.

By RotoRob
Tags: Podcast
This entry was posted on Friday, January 13th, 2012 at 1:11 pm and is filed under BASEBALL, Buck Davidson, Podcast, RotoRob, RotoRob's Fantasy Baseball 365, Tim McLeod. You can follow any responses to this entry through the RSS 2.0 feed. Both comments and pings are currently closed.