MLB Today: Phillies on the Verge of Playoff Spot 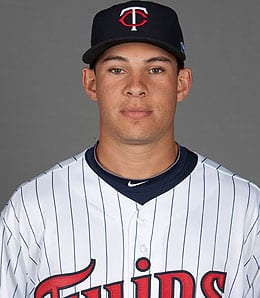 Danny Valencia showed some life in July, but is no longer a Fantasy asset.

There’s just 17 days left in the 2011 regular season and we still don’t have a single team that’s clinched a playoff spot.

Of course, that could change Monday as the Phillies’ magic number to reach the playoffs for the fifth straight season is just two. A Philadelphia win in Houston combined with a Braves’ loss at home against Florida will wrap up a post-season berth for the Phillies.

In the AL East, the Red Sox have gone into the tank at the exact wrong time, but all is not lost. For starters, on Monday the Yanks have to face Felix Hernandez – a pitcher they have not beaten in over three years. And then next week, Boston faces New York in a three-game series, so it maintains control of its own destiny to an extent.

Of course, after getting swept by the Rays, the Red Sox not only have to look further above them to see New York, but they now hear rapidly approaching footsteps behind them in the form of Tampa Bay, just 3.5 games behind the AL Wild Card leaders. Boston’s playoff ticket – which look assured a couple of weeks ago – is far from etched in stone now.

In the AL Central, Detroit has been on fire lately and has turned a somewhat interested race into a laugher. Not only did the Tigers win yet again Sunday, but their NFL brethren the Lions also won, giving the teams wins on the same day for the first time in almost four years. Party time in Motown! With a win in Chicago Monday, Detroit not only will have its first 10-game winning streak in 43 years, but it will trim its magic number to five.

Texas managed to eliminate Oakland from playoff contention Sunday (not that this wasn’t a forgone conclusion some time ago), but as well as the Rangers are playing lately, the Angels are playing even better. This battle looks like it’s going down to the wire and LA’s nice roll has put it back into the Wild Card picture as well.

Over in the NL, Milwaukee finally ended its losing skid at five games Sunday, but the damage has been done as St. Louis has been given a bit of life in the Central. The Brewers are still very much in the driver’s seat, and given that the Cards don’t get to play them again, it’s going to take a monumental collapse for this lead to vanish.

Of course, St. Louis’ fine play lately has allowed it to make the NL Wild Card race much more interesting. By beating up the Braves this weekend, the Cards pulled within 4.5 games of Atlanta for the NL bonus entry into the playoffs. The Braves, who had a 8.5 game lead a week and change ago, are heading home now — where they’ve been one of the NL’s best team — so hopefully that will help them right the ship.

In the West, Arizona finally lost a home game, but this season’s most pleasant surprise isn’t going away. The D-Backs start a series Monday in LA, which is equally hot and has its sights set on .500. If Arizona can get by LA without too much damage, it’ll be all over in this race.

By RotoRob
This entry was posted on Monday, September 12th, 2011 at 1:12 pm and is filed under BASEBALL, MLB Today, RotoRob. You can follow any responses to this entry through the RSS 2.0 feed. You can leave a response, or trackback from your own site.