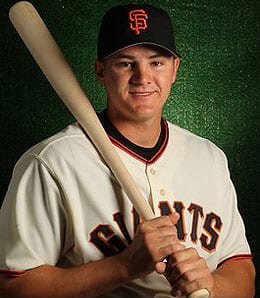 Brett Pill is enjoying a breakout year at Triple-A.

Wesley Wright, who the Astros tried to convert into a starter early last season with poor results, has spent plenty of time with the major league squad over the last four seasons, but in this – the year when it’s all hands on deck for Houston – he’s barely gotten a look at all.

I don’t get it, personally, especially since now that he’s back to relieving almost exclusively, he’s been superb at Triple-A. And it’s not as if Houston’s bullpen has been good. In fact, really the only good things you can say about the Astro bullpen is that it’s been better than their rotation and that it isn’t as bad as the Twins’ pen.

Yet Wright got into just two games earlier this month before he was sent back down when the team needed another starter.

Yet Houston, with nothing to play for except trying to avoid franchise worst futility records, isn’t keeping Wright around long enough to see if his Triple-A improvements will translate into the bigs.

While Aubrey Huff continues to struggle and Brandon Belt teases us with his power potential, but does little else, how about the season first baseman Brett Pill is having at Triple-A Fresno?

A seventh rounder in 2006, Pill had a big year at Double-A in 2009, but in his first taste of Triple-A last year, he wasn’t quite as impressive.

Yes, he’ll be 27 next month, so isn’t exactly a prospect, but with the Giants desperate for anyone that can hit their way out of a wet paper bag, doesn’t he deserve a look when rosters expand?

The former Cal State Fullerton star has played mostly first base this year, but the organization has experimented with him at second as well, and if he proves capable of manning that position, he’s got a real chance to make the Show and stick.

By RotoRob
This entry was posted on Wednesday, August 17th, 2011 at 10:23 am and is filed under BASEBALL, Minor Matters, RotoRob. You can follow any responses to this entry through the RSS 2.0 feed. You can leave a response, or trackback from your own site.