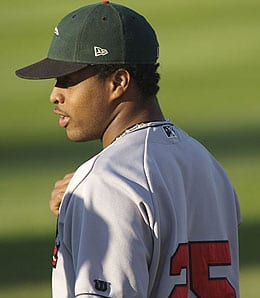 On Sunday, Tony Cincotta, Rich Wilson, and I filled the airwaves talking some baseball on the radio on the FantasyPros911 show on Blogtalkradio. We got the ball rolling with a quick discussion about some of the surprises — both pleasant and not so much — so far in 2011. It has been a rather tumultuous start to the baseball season and we had a look at some of the highs and lows we’ve seen in the first month and change.

With this mind, how could we not take the opportunity to discuss the amazing start we’ve seen from the Cleveland Indians? The Tribe currently enjoys a 4.5-game lead in the AL Central. Anyone that predicted such a scenario a month or so ago would have to be accused of drinking a bit too much Lake Erie water (of course, we would have already known that because they would be glowing — and not in a good way). What is even more amazing is that Cleveland has accomplished this feat despite substandard performances from two of their best players, Carlos Santana and Shin-Soo Choo (not to mention missing Grady Sizemore for the first 15 games of the season). Is this start sustainable in what appears to be a very weak AL Central?

We then reviewed some of the players that have gotten out of the gate with a bang. Will the trend continue for Ben Zobrist, Jeff Francoeur, Lance Berkman, Kyle Lohse, and Alex Gordon and what should our options be moving forward when attempting to deal with these hot starters?

A quick examination of the St. Louis Cardinals bullpen has seen Mitchell Boggs, Eduardo Sanchez, Fernando Salas and Trever Miller all earning saves in the past 10 days. Why not toss Jason Motte into that mix for good measure (especially considering most people — other than Tony La Russa, apparently — considered Motte the next in line for saves in St. Louis)? In what direction should Fantasy owners head in an attempt to garner saves from the Redbirds’ bullpen?

In our always popular two-start pitcher segment, this week we took a look at Bartolo Colon, Mark Buehrle, Brad Penny, Tom Gorzelanny, and Ryan Vogelsong. Is this the week when we see the “real” Colon step to the fore? Is Brad worth more than a Penny? Not that I was showing any bias, but how can you not like former NPB player Vogelsong with the Mets and Rockies next up on the agenda?

Speaking of former NPB success stories, we spent a few minutes pondering Colby Lewis and his slow start in 2011. Is this a regression, or now that he’s gone through a family addition will he return to his 2010 performance level?

We then discussed two starters that are currently on both sides of the spectrum. Are we looking at an A.J. Burnett resurgence in 2011 and what do owners do about the poor start by Francisco Liriano? In the early going, the Twins have been one of the worst teams in the game and Liriano’s 9.13 ERA after five starts is one of many reasons for this poor start in the Twin Cities.

As always, a fun time was had by all and the full show including our take on the Royal wedding can be heard by clicking the play button below.

By Tim McLeod
This entry was posted on Monday, May 2nd, 2011 at 1:08 pm and is filed under BASEBALL, Podcast, Tim McLeod. You can follow any responses to this entry through the RSS 2.0 feed. You can leave a response, or trackback from your own site.