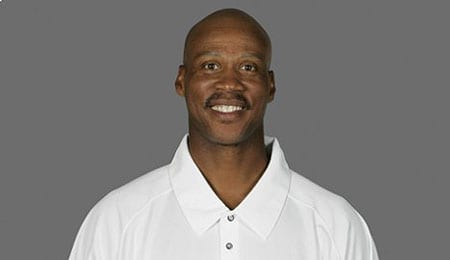 Byron Scott hasn’t had much to smile about as coach of the Cavaliers.

Wow, for a while there, it actually looked like the Cleveland Cavaliers were going to end their misery Monday night, but Brook Lopez’s game-winning bucket with 1.4 ticks on the clock for the New Jersey sent the Cavs to their 17th straight loss. It’s the worst losing streak for Cleveland since it dropped 19 straight in 1981-82 and that mark could easily be eclipsed soon when looking at its schedule for the rest of the month (@BOS, DEN, @ORL, @MIA). See a winnable game in there? Me neither. Nope, the Cavs had their chance Monday, leading by as much as a dozen points in second quarter before allowing the Nets to claw their way back.

The road woes stretch even further as Cleveland has now dropped 21 straight in hostile territory, matching a team record set in 2003. Ironically, the Cavs’ last road win was in New Jersey on November 9. But lightning wasn’t going to strike twice in the swamp.

Is the Byron Scott death watch on yet?

On the plus side, Daniel Gibson keeps rolling, playing heavy minutes as the starting two-guard and getting it done, nailing 6-of-10 from the field and 5-of-7 from the line for 19 points, five assists, two treys, three boards and a steal on Monday. Boobie is still available in almost half of the leagues on Yahoo!, so what are you waiting for? He’s a great source of points and threes, and with Mo Williams out, Gibson is getting to handle the rock more, as evidenced by his six dimes per game over the past three contests.

With Anthony Parker out, Christian Eyenga has started the past two games at small forward, but he’s been horribly unproductive, on Monday managing just two points on 1-of-5 shooting with three boards, one steal, one assist and two turnovers. If he continues to start, he might be worth consideration in a very deep league, but he’s going to need to play more than the 18 minutes of action he saw Monday. Hell, he didn’t even see the court in the fourth quarter.

If you’re going to take a flyer on someone on the Cavs, you might want to take a peek at Joey Graham, who enjoyed a very nice night off the bench, going for 14 points on 5-of-11 shooting in 29 minutes with one 3-pointer, three boards, two assists and a steal. His 3-pointer tied the game with 7.1 seconds, buoying hopes that Cleveland could pull one out, but we all know how that turned out. Back from his quad injury now, Graham is a freakishly athletic player that has flirted with Fantasy value from time to time, but if he keeps seeing this kind of PT (he played almost 29 minutes in the previous game as well), he’s worth an add in deeper leagues and worth monitoring in standard sized formats.

Still with the Cavs, because at this point with all their injuries, almost anyone can emerge with value, Ryan Hollins, who was away from the team for three games last week for personal reasons, is seeing more and more action in each game since he’s returned. On Monday he played almost 22 minutes off the bench, and while he didn’t do much (three points, four boards, a steal and a block), if the PT keeps rising, the numbers will follow. Hollins has always intrigued me, and early last season, I thought he might get some real burn in Minnesota and he did periodically provide some use in deeper leagues. With Anderson Varejao out for the year (and Bart Simpson no doubt breathing easier as a result) and J.J. Hickson still a work in progress, that could happen again this season. What’s interesting is that Hollins was out there in the fourth quarter of a very winnable game, which tells you that he’s earned Scott’s trust.

Manny Harris, who was starting – and producing – when Gibson was out, has returned to the pine the past couple of games, but he continues to see decent minutes off the bench. Unfortunately, he hasn’t been doing much with them, managing just four points, five boards, a steal and an assist in less than 21 minutes Monday after putting up an equally uninspiring line in almost 33 minutes last game. Harris can probably be safely ignored at this point, and the fact that he was pulled for the final eight minutes suggests his run of significance is over for now. But again, this is a team in serious flux, so it wouldn’t shock me at all if Harris forces his way into Fantasy prominence again before season’s end.

By RotoRob
This entry was posted on Tuesday, January 25th, 2011 at 12:11 pm and is filed under BASKETBALL, NBA Today, RotoRob. You can follow any responses to this entry through the RSS 2.0 feed. You can leave a response, or trackback from your own site.