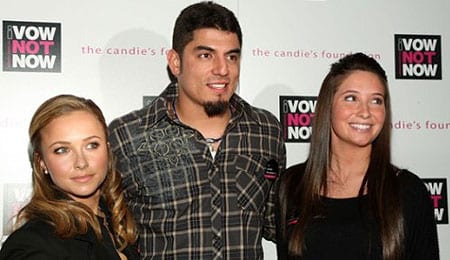 Will the hotties follow Matt Garza to the Windy City?

What would a Sunday night be without an hour of quality bonding time with Rich Wilson, Tony Cincotta and yours truly on the FantasyPros 911 show over on Blogtalk Radio? As the season approaches each and every week we’ll deal with the questions that will make or break your Fantasy squad for the 2011 season.

We got the ball rolling by discussing the recent deal between the Cubs and Rays, which saw Tampa Bay send Matt Garza, Fernando Perez, and Zachary Rosscup to the Cubs for Chris Archer, Hak-Ju Lee, Brandon Guyer, Robinson Chirinos and Sam Fuld. The 27-year-old Garza immediately moves to the top of the pecking order in the Cubs’ rotation and the Rays stock up on some exciting prospects and free up a rotation spot for young phenom Jeremy Hellickson. Is it possible the Rays did even better than the Kansas City Royals did when they sent Zack Greinke to Milwaukee?

Adrian Beltre has signed with the Texas Rangers, leaving the Anahaim Angels of Sacramento still searching for someone not named Brandon Wood to man the hot corner. The Rangers even managed to convince Michael Young to make another move of accommodation. This signing solidifies the Texas offense as being the dominant force in the AL West for 2011.

We took a quick look at some of the early NFBC results and in particular examined the first round. It seems that there is a lot of movement and instability in this year’s first round as compared to the past several years. After Albert Pujols — the consensus first pick — there is a lot of risk-taking from what was once a relatively stable top five picks. This is going to be an interesting draft year with those early picks.

We also spent some time reviewing the early ADPs for first base from Mock Draft Central. With six first base types going in the first 15 picks, it’s awful crowded at the top of drafts at this position. What strategy should you employ when approaching this position for 2011? With this in mind, we also took a quick look at a couple of early sleepers at first base. Is Xavier Nady a player that should be targeted in the latter rounds this spring? Where does Freddie Freeman of the Braves fit into your 2011 draft planning?

As always, a fun time was had by all and the full show can be heard by clicking the play button below.

By Tim McLeod
This entry was posted on Tuesday, January 11th, 2011 at 2:47 pm and is filed under BASEBALL, Podcast, Tim McLeod. You can follow any responses to this entry through the RSS 2.0 feed. You can leave a response, or trackback from your own site.