Dear RotoRob: What Should I Change? 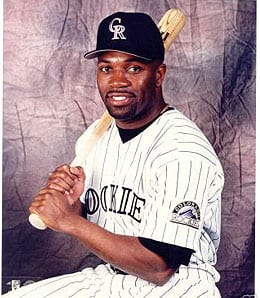 Re: Planning ahead to Week 22

My team is performing to the tune of a .266/.333/.445 line and losing all four of the AVG, OBP, SLG and OPS categories. This is because of the usual suspects Buster Posey, Orlando Hudson, Jimmy Rollins and Shane Victorino. My pitching is also struggling, as for the second straight week I’m having ratio-killing starts. I’m winning 6-5 in homers and 2-0 in steals, so unless something changes, i’d gain nothing with Eric Young, Jr. starting.

Anything you see that needs changing, or is it dependent on my opponent’s team next week? Other teams are starting to get active again with wire changes, so I don’t have the free rein as I once did on the wire.

All or most of the Wire Troll recommendations in the post from last week should be available, though I haven’t monitored the other teams’ moves closely enough to know for sure.

You have a good balance of power and speed. Your pitching is top-tier with good strikeout and win potential. However, the closer situation in Minnesota is a bit scary right now with the arrival of Brian Fuentes. Is Koji Uehara available in your league? If he is I’d make the switch with Capps as it appears that Uehara has the inside track in Baltimore and I think the situation in Minnesota has the potential to be a closer-by-committee scenario. I like your team and its potential to be successful. Let’s hope your guys heed the call and produce at the level they’re capable of and you’ll be in good shape.

By Tim McLeod
This entry was posted on Tuesday, August 31st, 2010 at 4:24 pm and is filed under BASEBALL, Dear RotoRob, Tim McLeod. You can follow any responses to this entry through the RSS 2.0 feed. You can leave a response, or trackback from your own site.