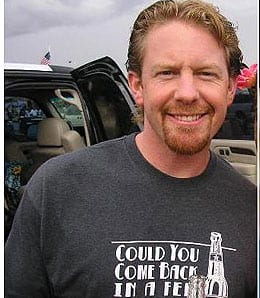 Randy Wolf owners may be driven to drink after he got pillaged by the Pirates.

Wednesday evening’s tilt between the Pirates and Brewers turned out to be just cause for the invoking of the mercy rule, with the Pirates spanking the Brew Crew 15-3. Randy Wolf — at his request — was left in to face the music and, over 5 2/3 IP, he allowed 13 hits, two walks and 12 earned runs. I give him full marks for volunteering to help an already overworked bullpen and taking one for the team, although his Fantasy owners might not be as impressed. The one-through-six hitters in the Pirate lineup combined to go 14-for-27 with three long balls, 12 RBI and 12 runs scored. Pedro Alvarez chipped in with another couple of homers and in his past two games has smacked four homers and driven in eight. Not a bad week wrapped around those two games for the 23-year-old phenom.

“Mad” Max Scherzer continues to roll on for the Tigers, shutting down the vaunted Ranger offense and Colby Lewis over seven innings, limiting them to four hits and three walks. With five wins, 57 strikeouts and just 13 earned runs allowed over his last eight starts, Scherzer has been a huge bonus to those that picked him up off the waiver wire after he was brought back to Motor City after being demoted for a couple of weeks in May.

Stephen Strasburg won his fifth game for the Nationals, but looked almost human in this one, going 5 2/3 IP and allowing seven hits, with one free pass and three earned runs while striking out seven. The Nats teed off on Bronson Arroyo to the tune of seven earned runs over 5 2/3 IP with the unlikely group of Nyjer Morgan, Cristian Guzman and Ian Desmond combining to go 4-for-12 with one homer and six RBI.

The Yankees rebounded from Tuesday’s 10-2 drubbing at the hands of the Angels and put a halt to the winning ways of Joel Pineiro in a 10-6 victory. The unlikely hero for the Bombers was 25-year-old Colin Curtis, who had to take over Brett Gardner’s at bat down 0-2 after Gardner was ejected for arguing balls and strikes. Curtis promptly worked the count full before lining a three-run shot — his first career homer in the majors — to put the game out-of-reach and earn himself a curtain call for his efforts. In an interesting sideline, Javier Vazquez struggled to the victory — his 150th career win — and at the same time joined a rather elite group with Jamie Moyer and Barry Zito as one of three active pitchers with at least one win against all 30 MLB teams. Well done, Javy!

The love/hate relationship between Ozzie Guillen and closer Bobby Jenks continues. Jenks’s second last-inning meltdown in the past four days appears to have cost him his lock on the closer job. A closer-by-committee scenario is likely for the short-term with All-Star Matt Thornton and J.J. Putz tossed into the mix for saves. In the heat of a division battle, Ozzie has to go with the hot hand and has there been any relief pitcher hotter than Putz lately? He hasn’t allowed a run since May 7 against the Jays – an amazing string of 25 consecutive scoreless outings. Check out your league waiver wire and get Putz rostered if he’s available.

The Tigers have recalled Scott Sizemore to replace Brandon Inge, who is lost for the next four-to-six weeks with a broken left pinkie finger. Down on the farm, Sizemore had spanked six homers with 19 RBI, and a great .329 BA. He struggled in his first go-round back in April, but any middle-infield help for Fantasy players in AL-only leagues should be worth parting with some of that FAAB cash this weekend.

Juan Gutierrez has now recorded two saves since Kirk Gibson has taken over as manager of the Diamondbacks and has to be considered the current front runner for the closer gig in ‘Zona. Gibson is still refusing to name an official closer and Gutierrez is still very prone to giving up the long ball, so you should be cautious in your optimism, but if you’re desperate for save opportunities down the stretch, now is the time to take the plunge and find a home for him on your Fantasy roster.

By Tim McLeod
This entry was posted on Thursday, July 22nd, 2010 at 2:01 pm and is filed under BASEBALL, Fantasy Notes, Tim McLeod. You can follow any responses to this entry through the RSS 2.0 feed. You can leave a response, or trackback from your own site.