The Wire Troll: Back to Business 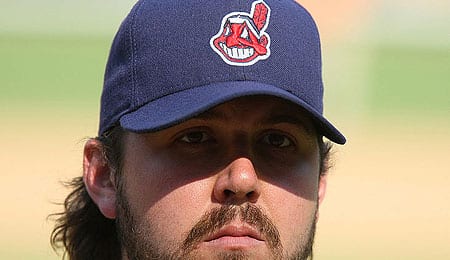 It’s time to take a “closer” look at Chris Perez.

We must pass on our condolences to the entire Yankee family after the passing of George Steinbrenner last week. George was George, but despite the often tumultuous nature of his tenure as principal owner of the Yankees, he did do the one thing that he promised — “The Boss” returned winning baseball to New Yorkers and those seven World Series Championships will forever define his legacy in the annals of baseball history.

Without further ado, let’s take a look at some of this week’s wire options.

Chris Perez, RP, Cleveland Indians: The return of Perez to the closer role in Cleveland should be no shock. The fact that it was a blister that has Kerry Wood currently on the DL is a bit of a surprise. Perez is currently owned in only 29 per cent of CBS leagues and for the life of me I can’t understand why it’s so few. He’s been extremely effective even when not closing games for the Indians, and Saturday he earned his eighth save of the season against the Tigers. Perez has the closer gig for at least the next two weeks so get him rostered in all formats and if and when Wood does reappear, continue to keep Perez rostered, as his next opportunity to earn saves for Cleveland won’t be that far down the road.

Rick Porcello, SP, Detroit Tigers: In his return to the Tigers rotation Saturday, 21-year-old Porcello tossed eight strong innings of six-hit ball against the Tribe. What was equally impressive was his command — six strikeouts against no walks. First Max Scherzer and now Porcello have each come back strong after being farmed out – has a trend developed in Detroit? Porcello has a world of talent as demonstrated by his strong rookie campaign in 2009 and he has the potential to be a solid asset to both your Fantasy club and the Tigers down the stretch.

Alex Sanabia, SP/RP, Florida Marlins: The 21-year-old takes to the hill Sunday against the Nationals in his second start since being promoted at the end of June. In 84 1/3 IP at Double-A Jacksonville, Sanabia allowed 59 hits and 16 walks, struck out 65 and posted a stellar 2.03 ERA and 0.89 WHIP. Temper your expectations as it might still be early for the youngster, but a solid performance Sunday could lead to him taking the fifth starter job in Florida moving forward, and that would make him a solid option in both AL-only and deeper mixed formats.

Randy Wells, SP, Chicago Cubs: In his past four starts, Wells has allowed only five earned runs and has struck out 23 batters. He appears to have turned the corner after a dreadful start and has now lowered his ERA on the season to 4.33. If Wells is available — as he should be in most leagues — it’s time to get him rostered.

Yunel Escobar, SS, Toronto Blue Jays: Whether this was a case of being “misunderstood” as he has recently stated or a player suffering from a bad attitude, the change of scenery with his trade to Toronto has to do Escobar nothing but good. He did put together two very solid back-to-back campaigns with the Braves and even though he’s been struggling thus far in 2010, he has the potential to be a solid asset in the middle infield with the power hitting Jays. Bear in mind, he slammed 14 dingers and drove in 76 runs just a year ago.

Asdrubal Cabrera, SS, Cleveland Indians: The 24-year-old Cabrera has been out since mid-May with a fractured left forearm is now rehabbing down on the farm. He’s 4-for-10 on the assignment so far and, although the original plan was for an extended rehab stint, the strong showing bodes well for an early return – possibly as early as next weekend. Cabrera is currently owned in only 48 per cent of CBS leagues and with the middle infield being a constant source of weakness on most Fantasy squads, moving early to acquire Cabrera could prove to be a solid investment.

Best of the rest:

Jordan Zimmerman, SP, Washington Nationals: His rehab from Tommy John surgery is going exceptionally well. Is an early-August return in the cards?

James McDonald, SP, Los Angeles Dodgers: McDonald has taken the roster spot of the recently demoted John Ely, and with his two starts against the Giants and Mets this week, he should be rostered in NL-only formats.

Juan Gutierrez, RP, Arizona Diamondbacks: It’s ugly in the desert, but someone has to be garnering saves and with no current front runner for the job, Gutierrez is as good a bet as anyone in that pen. If saves are crucial to your team’s future, he’s worth rolling the dice on.

Jon Jay, OF, St. Louis Cardinals: Jay offers you some short-term help until the end of the month when Ryan Ludwick returns from his calf injury. In Jay’s past ten games, he’s ripping it up to the tune of .467 BA with two homers and six RBI.

By Tim McLeod
This entry was posted on Sunday, July 18th, 2010 at 1:18 pm and is filed under BASEBALL, The Wire Troll, Tim McLeod. You can follow any responses to this entry through the RSS 2.0 feed. Responses are currently closed, but you can trackback from your own site.