Fantasy Notes: And We’re Off 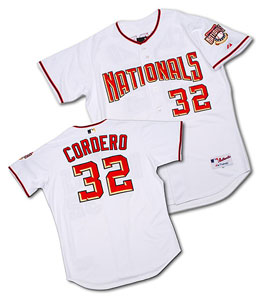 With Chad Cordero’s early-season injury woes, chances are this won’t be a popular seller. Jon Rauch, anyone?

There is truly nothing like that first day of a new season for the die-hard fantasy player. All those months of hard work and now the wait is finally over. The channel surfing is in full force, the computer is logged onto the live game feeds, we’re scanning our umpteen leagues looking for that first home run, stolen base and blown save, while the better half is filling our cup with the nectar of the Gods. Oh well, three out of four is not really that bad; in fact, that should guarantee you a division title in virtually any league I’ve ever seen. Now let’s give Opening Day a quick scan.

And what, my friends, would be the overall consensus from another start to a baseball season? Remember always, “‘Tis a marathon and not a sprint,” and to all those suffering the agony of Opening Day, today brings eternal hope that the Fantasy Gods will smile a little brighter in our quests for those elusive year end rewards.

By Tim McLeod
This entry was posted on Tuesday, April 1st, 2008 at 2:50 pm and is filed under BASEBALL, Fantasy Notes, Tim McLeod. You can follow any responses to this entry through the RSS 2.0 feed. You can skip to the end and leave a response. Pinging is currently not allowed.