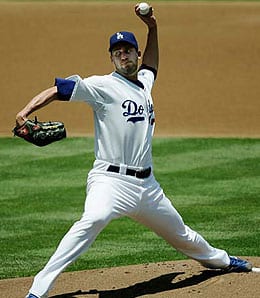 By RotoRob
Tags: Dioneer Navarro, Jae Seo, Mark Hendrickson, Matt Kemp, Russell Martin, Toby Hall
This entry was posted on Thursday, June 29th, 2006 at 1:34 pm and is filed under BASEBALL, Fantasy Notes, RotoRob. You can follow any responses to this entry through the RSS 2.0 feed. Responses are currently closed, but you can trackback from your own site.