The Latest on CB4 and the Raptors 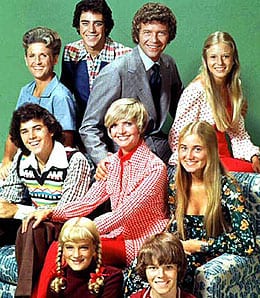 On the drive home last night, Greg Brady had Rick Bucher, an NBA analyst for EPSN on. After they talked NBA playoffs, the topic turned to your Toronto Raptors. It was interesting to get a U.S. perspective on the Raptors as I always get the feeling that the Toronto press is a little too in love with the players and the team. Just my opinion, anyways. In any event, here a few tidbits from what Bucher had to say to Brady. I would provide audio but 640 doesn’t have it posted on their awesome web site.

On Jay Triano re-signing: A safe hire, not sure there was anyone marketable better out there right now. Although Bucher didn’t use the word, the adjective he should have used was vanilla as in plain. Now, little TSM loves him some vanilla ice cream, and we all know there is nothing wrong with vanilla. When I take little TSM to a Ben and Jerry’s or to one of those Marble Slabs and he gets vanilla I get a tad bit annoyed.

On Chris Bosh: This is the summer of Bosh. The Raptors aren’t (according to Bucher anyway) convinced that Bosh wants to stay here. If they ask the question of Bosh and don’t get a resounding yes they will flip him before the start of the season. Bucher said that Bosh is a high character guy who played through some injuries last year. He isn’t sure he is a league superstar. He also isn’t sure that Bosh isn’t frustrated with the lack of success compared with those in his draft class. The most interesting comment from Bucher was that he said he had talked to other league executives about Bosh and the executives were surprised that Bosh wasn’t able to get the Raptors into the playoffs. The suggestion was that if Bosh were another player (Dwyane Wade or LeBron James are two that I can remember him naming) there was little question in the executives’ minds that the Raptors would be in the playoffs. Unfair comment? Perhaps. It’s interesting that this is the mindset out there of the decision makers. Bucher did say that he isn’t sure that Bosh has categorically told the Raptors he won’t be back as Bucher’s colleague Stephen A. Smith suggested in his much publicized report earlier in the season, but Bucher does think that Bosh hasn’t sent the Raptors any signals that he wants to stay.

All interesting banter. Should be interesting to see how Bryan Colangelo stick handles through this offseason.

Thanks to a reader who sent me this after the post above. I am not going to comment at all as I am in no position to do so. Here is the gist of the article in the San Jose Mercury News: the Golden State Warriors are hoping to win Tuesday’s NBA draft lottery or at the very least move from No. 7 to No. 2 or 3 (sound familiar?). If they don’t win the lottery and move up that way then they have targeted Bosh as the next best thing. Here is what was written in the article about that:

“The main targeted veteran, I’m told, is Toronto’s Chris Bosh –- no surprise, given how hard Riley tried to get him at last year’s trade deadline.

Though Bosh is a big member of the great free-agent class of 2010, and therefore potentially available in a deal this summer if the Raptors are scared of losing him next year, it’s hard to see Toronto giving him away.
They’re going to want Anthony Randolph. The Warriors are going to have to think hard about anything involving Randolph, though I’m sure Don Nelson wouldn’t be broken-hearted about it. Heck, Randolph’s not going to be in his prime until Nelson is long retired, so why would Nellie want any part of him?

But could the Warriors trade Randolph, at 19 with a chance to be one of the top 10 players in the league in a few years…for a possible one-year rental of Bosh, who may or may not ever be a superstar?
(I guess Nelson thinks Bosh would be an idea [sic] big man in a scatter-ball mania.)

Another huge problem: To get Bosh, the Warriors almost have to include Andris Biedrins (no problem for Nellie, obviously) for value and contract purposes, but Biedrins remains a base-year player until June 30 .

That’s complicated, but basically it means that a Biedrins-involved trade has to be a monster monetary deal (involving three or four big contracts going both ways) for Biedrins’ deal to fit into any trade. Update: But only until June 30. Again: OOPS.

Also, by my reading of the CBA, I don’t believe Jamal Crawford can be traded until and unless he DOES NOT opt-out on June 30. It’s like the Baron Davis situation last year–Crawford, for trade purposes, is considered a potential free agent, and you can’t trade pending F/As until July 1.

If Crawford opts-in, which is likely, he can be traded after June 30, since he will then have two years left on his deal.

If he opts-out and becomes a free agent, then the Warriors can still sign-and-trade his rights after June 30. But, unless I’m wrong, Crawford CANNOT BE MOVED in the period from now until July 1, which means zero movement for him at draft time (June 25).

Obviously another candidate to be moved: Monta Ellis, but he’s also a base-year player until June 30 .

Much easier to trade: Brandan Wright and Marco Belinelli, but they don’t have much value, thanks, in no small part, to Nelson’s handling of them.”

Okay NBA fans tell the rest of us…what should we think?

Not that there is much left to read, but the story can be found here.

Hey folks, I have spent the better part of the night talking to various folks in and around the Coyotes-Balsillie issue. I have tried to put together some facts and some opinions and, of course, in typical TSM fashion, a good look at what else is being said on the WWW.

Fuck you, and your little dog, too. “We stayed in Toronto for a week and played three games. I don’t know if you ever stayed in Toronto, but it’s not exactly Las Vegas. To say that we were plucking our eyebrows out one at a time would be an understatement.” And fuck you too, Chipper. […]