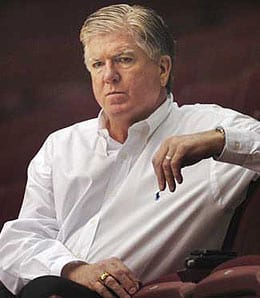 By TSM
Tags: Boston Bruins, Brad May, Brian Burke, HOCKEY, Matt Millen, NHL, Nike Antropov, Tomas Kaberle, Toronto Maple Leafs
This entry was posted on Monday, March 2nd, 2009 at 3:30 pm and is filed under HOCKEY, RotoRob correspondent report, Rumours. You can follow any responses to this entry through the RSS 2.0 feed. You can leave a response, or trackback from your own site.