The Wire Troll: Elvis Andrus Has Left the Bay 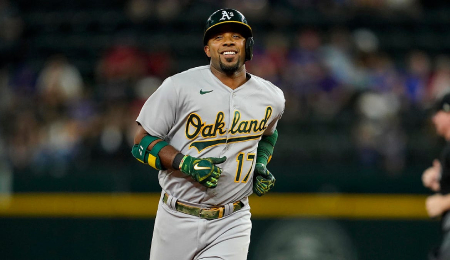 Welcome back to another week of Fantasy baseball. Now that we’re into late-August, the season’s finish line is within sight, so don’t take your foot off the gas and make sure you employ the waiver wire.

This week, Marcell Ozuna is in hot water — again — as his contract turns into an albatross; speaking of hot water, Fernando Tatis Jr. will address his teammates this week as he tries to make amends for his PED suspension; and Albert Pujols amazed his teammates Thursday as he inches closer to 700 homers.

Elvis Andrus, SS, Chicago White Sox (ESPN: 2.5 per cent; CBS: 6 per cent): Over two months ago, we wondered whether Andrus was nearly done in Oakland. Okay, so it took longer than expected, but the A’s waived him this week and almost immediately (see video below) he was scooped up by the White Sox, going 0-for-4 with two whiffs in his debut on Friday. And while we aren’t expecting miracles here, Andrus could have some short-term value with Tim Anderson (finger surgery) still out for another five weeks and now Leury Garcia (back) also on the IL. A two-time All-Star, Andrus actually went yard the day before getting his walking papers, but he had cooled significantly in August after a solid performance last month. He’s been more productive this season, but is still nowhere near his peak in 2017. Andrus definitely gives the Pale Hose more depth at shortstop, and for the time being, could be a useful AL-only asset. Let’s not forget that he is a superb athlete with speed and a bit of pop. However, how much is left in the tank remains an open question.

Mauricio Dubon, 2B/3B/SS/OF, Houston Astros (ESPN: 0.3 per cent; CBS: 1 per cent): Two years ago, Dubon was good enough to earn consideration for a spot on our Wire Troll All-Star Team, but he regressed last year, and has been even worse this season — especially since being dealt to the Astros in mid-May. However, he showed he’s still capable of delivering from time to time (racking up three hits including a double on Tuesday), and should be in line for a bit more PT now with Aledyms Diaz (groin) landing on the IL. Dubon hurt his elbow on Friday and is now day-to-day, and we’d definitely like to see a bit more extra-base sock from him, but once he returns, he could provide some short-term value in very deep AL-only leagues, while offering fantastic positional flexibility.

English alt dance band New Order started in 1980 and, despite two lengthy breaks, remains active to this day. In 1994, they released a greatest hits package (the best of) NewOrder, a compilation that included “The Perfect Kiss,” originally released in 1985 on the album Low-Life. As a single, it reached No. 46 on the UK charts.

By RotoRob
This entry was posted on Saturday, August 20th, 2022 at 11:29 am and is filed under BASEBALL, RotoRob, The Wire Troll. You can follow any responses to this entry through the RSS 2.0 feed. Both comments and pings are currently closed.