The Wire Troll: Ramon Urias Breaking Out in B-More 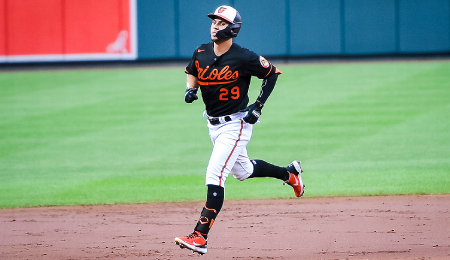 Welcome back to another week of Fantasy baseball. July is nearly done, with the MLB Trade Deadline just around the corner. Be sure to employ the waiver wire whenever possible, peeps!

This week, all eyes shift to Shohei Ohtani and Juan Soto to see if and where they are dealt; the Mets made another move, adding to their outfield by acquiring Tyler Naquin from the Reds; and All-Star Corey Seager snapped his slump on Thursday — and then got hurt.

Ramon Urias, 2B/3B/SS, Baltimore Orioles (ESPN: 28.5 per cent; CBS: 45 per cent): Urias is gaining serious traction across the Fantasy landscape, any why not? He was riding an eight-game hit streak until Wednesday, and has rewarded the Orioles’ faith in him with a major power display this month (not bad for a guy that only weighs 150 pounds!). Urias flashed potential in his first two seasons, but is now getting enough PT to really make a difference. This is a dude that hasn’t really been on the Fantasy radar up until now, but is making up for lost time. Signed out of Mexico in 2010 by Texas, Urias has always hit for a nice BA, but the recent power emergence (see video below) is most intriguing for a guy with multi-position eligibility.

Edward Olivares, OF, Kansas City Royals (ESPN: 1.0 per cent; CBS: 12 per cent): Yes, Olivares is currently hurt (quad strain), but should be back soon and is likely to be the main benefactor (along with Kyle Isbel) of Andrew Benintendi being dealt to Yanks. Olivares had been hitting well before hitting the IL, drawing plenty of walks this month (.370 OBP). Coming off a tough 2021, he’s rebounded nicely, having already set career highs in several categories, while batting over .300. Expect Olivares back early next week, and consider him a nice second half sleeper.

Jonathan Loaisiga, RP, New York Yankees (ESPN: 3.0 per cent; CBS: 5 per cent): Last year, Loaisiga was a Wire Troll All-Star, but this season has been a shitshow as he was getting shelled early and often — especially in May before being sidelined by a shoulder woe. He returned to action a couple of weeks ago and, after shaking the rust off in his first appearance, has pitched shutout ball in four of his last five outings. In the second half, the Yankees desperately need Loaisiga to channel his 2021 form when he was a strike-throwing machine (career-best 68 per cent), even more so now that Michael King is done for the season. Who knows if New York opts to add to its armbarn at the deadline, but if they don’t, Loaisiga has a chance to be a very useful asset in AL-only or deeper mixed leagues down the stretch.

A member of the Order of Canada and arguably the nation’s greatest songwriter ever, Neil Young has had a simply incredible career. In 1969, he released his second studio album, Everybody Knows This Is Nowhere, which stayed on the Billboard charts for 98 weeks. Legend has it that while sick in bed with a high fever, Young penned the album’s three classics in a single day — “Cinnamon Girl,” “Cowgirl in the Sand,” and today’s track, “Down by the River,” perhaps the key song on this phenomenal album.

By RotoRob
This entry was posted on Saturday, July 30th, 2022 at 11:33 am and is filed under BASEBALL, RotoRob, The Wire Troll. You can follow any responses to this entry through the RSS 2.0 feed. Both comments and pings are currently closed.