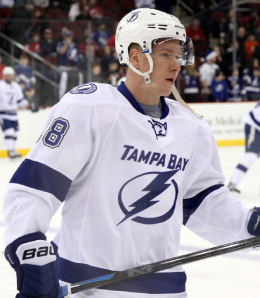 Ondrej Palat has been a playoff stud. (Lisa Gansky)

RotoRob once again guested on the Sports Phanatics News Podcast, this time to talk about the NHL and NBA Finals, some Philadelphia Flyer news, and the key hockey and basketball free agents this summer.

You can hear the entire Podcast below.

Previously known as Chicago Transit Authority, the band shortened its name to Chicago in 1969. In 1974, they released their sixth studio album, but seventh overall, Chicago VII. From this comes “Byblos,” named after a club in Osaka, Japan that the band had performed in.

By RotoRob
This entry was posted on Thursday, June 16th, 2022 at 9:58 pm and is filed under BASKETBALL, HOCKEY, Podcast, RotoRob. You can follow any responses to this entry through the RSS 2.0 feed. Both comments and pings are currently closed.