The Wire Troll: Valeri Nichushkin Coming of Age in Colorado 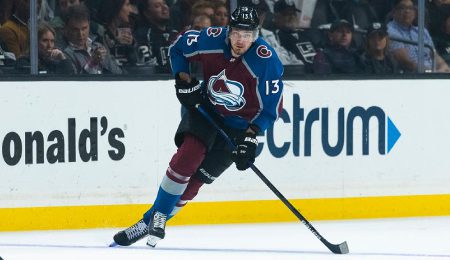 Welcome back to another week of Fantasy hockey. We’ve reached the middle of December, meaning we’re nearly a third of the way through the season. Don’t you dare ignore the waiver wire.

This week, Marc-Andre Fleury became just the third NHL goalie ever to reach 500 career wins; Jake Guentzel — one of the hottest players in the league — is now out week-to-week with an UBI; and the upstart Rangers have won three straight on the road to move into second in the Metro.

Valeri Nichushkin, RW, Colorado Avalanche (ESPN: 19.4 per cent; CBS: 48 per cent): It’s been a really long time since we thought about Nichushkin as a potential Fantasy asset. Of course, the fact that he buggered off to the KHL for a couple of seasons last decade didn’t help matters. Suddenly, however, he finally seems to have blossomed and is delivering on the promise that made him the 10th overall pick in 2013. With points in back-to-back games, and six over his last six contests, Nichushkin is really producing. He missed nearly a month early on, but man is he rolling now, recently firing home six goals in the span of nine games (and showing he can really pick the corners — see video below). Nichushkin’s production has led to an uptick in PT; on both Wednesday and Friday, for instance, he paced all Colorado forwards in ice time. At 6’4″, 210, he has amazing size for a winger, and given how powerful his skating is, there’s amazing upside here. If Nichushkin is finally developing a bit of consistency and will battle game in and game out, look out.

Sonny Milano, LW, Anaheim Ducks (ESPN: 15 per cent; CBS: 47 per cent): When Columbus drafted Milano 16th overall in 2014, we were super high on him, lauding his speed, smooth hands and scoring touch. He showed early promise, scoring 14 goals in 55 games in his first taste of being a full-time player, but scuffled after that and was dealt to the Ducks in late-February 2020. Milano barely saw any action last season, but man, is he ever breaking out now. Before getting shut out Thursday, he had racked up seven points in four games, giving him 20 points already on the young season. Heading into this season, Milano had just 22 goals in 131 games, but he added another one in five October games, four more in 13 games in November, and three already in five December contests. Now that he’s playing on the top line with breakout star Trevor Zegras, you better move fast.

By RotoRob
This entry was posted on Saturday, December 11th, 2021 at 11:27 am and is filed under HOCKEY, RotoRob, The Wire Troll. You can follow any responses to this entry through the RSS 2.0 feed. Both comments and pings are currently closed.