The Wire Troll: Jason Dickinson Stepping Up in Dallas 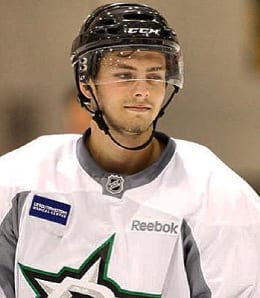 Jason Dickinson has responded to his increased PT. (Twitter)

Welcome back to another week of Fantasy hockey. We’re almost through January now, but there’s a ton of time left for you to milk the wire to get what you need to move up.

This week, Chicago lost both Alex DeBrincat and Adam Boqvist to the Covid-19 list; long-time Detroit goalie Jimmy Howard hung ’em up after 14 seasons; and Toronto remained red hot (four straight wins, six of seven) thanks to a huge PPG from Auston Matthews on Thursday.

Jason Dickinson, C/LW, Dallas Stars (ESPN: 0.4 per cent; CBS: 1 per cent): With Jamie Benn landing on the IR this week, Dickinson’s expanded role will continue for a while. Once upon a time, Benn and Dickinson were being looked at on the same line, but that’s never really come to fruition, leaving Dickinson in mostly a bottom six role. However, Dickinson’s PT has been on the rise the last three seasons, and now he’s seeing enough action to be worthy of Fantasy consideration. On Thursday, he potted a helper, giving him points in three of the last four games (including an overtime goal on Tuesday — see video below), while logging a season high in ice time. Dickinson stayed healthy last season, but the 2013 first rounder has yet to really live up to his potential, failing to score double-digit goals even once. However, he’s flashed the ability to be extremely productive in the AHL, so we still believe there’s upside in this 25-year-old’s game.

Max Comtois, LW, Anaheim Ducks (ESPN: 7.7 per cent: CBS: 22 per cent): Comtois jumped out to a blazing start, scoring the Ducks’ only three goals over the first two games of the season. He’s slowed since then (although did pick up his first assist on Thursday), so obviously we need to adjust our expectations a bit, but it’s clear he’s poised to break out. Is Comtois the answer to Anaheim’s scoring woes? Well, we’d like to see him get a bit more PT, as his ice time is down for the second straight season, but if the opportunity comes to him, he’s got major potential.

Bobby Ryan, RW, Detroit Red Wings (ESPN: 44.8 per cent; CBS: 42 per cent): It was less than a year ago that Ryan was still dealing with alcohol issues, but he looked really good upon his return in February before cooling in March. Well, he’s bringing it early this season, having a huge impact on a very different looking Detroit team. In fact, Ryan set Red Wing history by becoming the first player in franchise history to score four times in his first three games with the team. He’s slowed down since that scorching start, but is just one goal behind last season’s output — in 17 fewer games. Ryan won’t keep up this pace (four goals on 19 shots), but perhaps we sold him short thinking he’s only a 20-goal man now.

British hip hop/electronica band Stereo MC’s have been at since 1985. The band’s signature hit, “Connected,” went top 20 on both sides of the Atlantic.

By RotoRob
This entry was posted on Saturday, January 30th, 2021 at 12:33 pm and is filed under HOCKEY, RotoRob, The Wire Troll. You can follow any responses to this entry through the RSS 2.0 feed. Both comments and pings are currently closed.