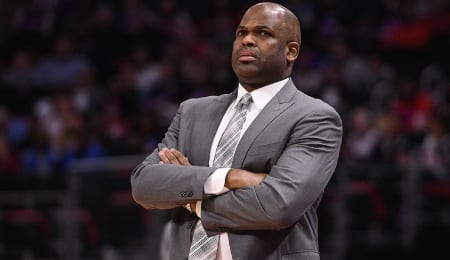 Despite the team making the playoffs and showing continued improvement in each of the four seasons under his helm, head coach Nate McMillan was fired by the Indiana Pacers in late-August after the team lost in the first round for the fifth straight season.

It was a shocking move, considering the team had just given him a contract extension a couple of weeks earlier after he had guided the Pacers to their best season since 2013-14.

So now Indiana is seeking a new coach, with seemingly a dozen candidates to begin (see video below) and now whittled down to Dave Joerger, Chris Finch, Chauncey Billups and possibly even Mike D’Antoni. Most believe former Sacramento and Memphis head coach Joerger is the most likely replacement.

While the Pacers sort out their coaching situation, let’s examine what went right — and what went wrong — for them this season.

Power forward Domantas Sabonis took a major step forward, emerging as the top threat on the Pacers. Although his shooting touch regressed, he made major strides in his work on the glass, as a facilitator and as a volume scorer. Sabonis even upped his blocks a bit, but that’s not a major part of his game. Unfortunately, he had to miss the playoffs with a foot injury, and that really hurt Indy’s chances to be competitive against the Heat. Ironically, Sabonis’ injury may have indirectly helped usher McMillan out, and under his old coach he really thrived given that the system was designed to lean on him heavily. It’s unclear that Sabonis will be nearly as effective under the new coach’s system, so take this into consideration as you decide whether he’s worth a third-round pick in next season’s Fantasy drafts.

Since enjoying a breakout in his first season with Indiana in 2017-18, it’s been all downhill for franchise player Victor Olapido. Obviously serious knee injuries that limited him to 36 games in 2018-19 and 19 this season played a major role, but he simply hasn’t been the same player. Olapido had his lowest scoring average since he was a rookie, and jacked up fewer treys while tying for a career low in rebounds per game. Back in June, rumours were already circulating that Miami was interested in trading for him this offseason, and since McMillan’s firing, both Olapido and Myles Turner have reportedly suggested they aren’t interested in staying with the Pacers much longer. Olapido looked better as the first round went on, so if he wants out, there will likely be plenty of suitors.

Speaking of Turner, he dealt with some injury issues early on, but the real issue here was his shooting touch. He sunk a career worst 45.7 per cent from the field, and after really progressing as a three-point threat in the three previous seasons, he regressed. This was exacerbated by the fact that he took a career-high four treys per game despite getting just 9.5 total touches per game (his lowest total since he was a rookie). Other than improved work at the charity stripe, all of Turner’s numbers were down this season. There’s a lot of upside here still, but his major breakthrough may come with another team, possibly Houston if the rumours are accurate.

Curtis Ousley, better known as King Curtis, was an American R&B saxophonist who was active from 1950 until he was stabbed to death in 1971. In 1970 he released his second-last single, a cover of The Temptations‘ classic “Get Ready.” It reached No. 46 on the U.S. R&B charts.

By RotoRob
This entry was posted on Sunday, October 4th, 2020 at 5:57 pm and is filed under BASKETBALL, Good Bad and Ugly, RotoRob. You can follow any responses to this entry through the RSS 2.0 feed. Both comments and pings are currently closed.