Reactions to the 2020 Stanley Cup Finals 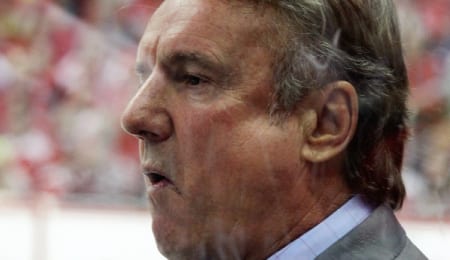 It’s been several days since the Tampa Bay Lightning wrapped up the second championship in franchise history. It’s high time to offer some observations from an entertaining series.

When Steven Stamkos skated around the ice with the Stanley Cup on Monday night after the Tampa Bay Lightning wrapped things up, he became the first Cup winning captain since 1968 to not play in the clinching game.

After he set a career high in goals in 2018-19, we actually anticipated that Stamkos could reach 100 points for the first time, but injury and the truncated schedule took care of that. He slowed down in November, but was certainly playing well enough before he hurt his core muscle (30 points in his last 22 games) to have possibly made a run at the century mark. The injury required surgery in March and Stamkos didn’t get back onto the ice until Game Three of the Finals, playing under three minutes before aggravating the injury and being forced to watch the rest of the series from the sidelines.

He wasn’t as big a weapon on the power play this season, scoring just 10 times, but his overall ice time was up a smidge. Stamkos also enjoyed his best season ever from a faceoff winning percentage and should remain a decent second round pick in Fantasy hockey next season.

To this day, Ludwig van Beethoven remains one of the most revered composers in Western musical history. Here is one of his signature pieces, “Moonlight Sonata First Movement,” being performed by a violinist who was clearly drugged beforehand.

By RotoRob
This entry was posted on Saturday, October 3rd, 2020 at 10:11 am and is filed under HOCKEY, Playoffs, RotoRob. You can follow any responses to this entry through the RSS 2.0 feed. Both comments and pings are currently closed.