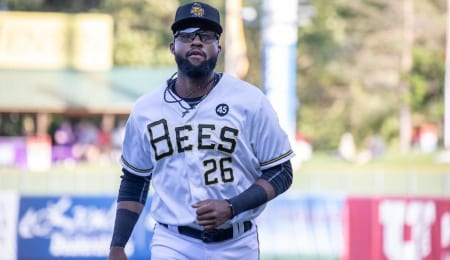 On Sunday, Bruce Bochy (presumably) managed his final game in the major leagues.

Back in February, Bochy announced this would be his final season as a manager, and considering he’s been coaching or managing in the bigs since 1993, it’s been a damn good run.

In fact, he’s likely Hall of Fame bound, and certainly not because of what he did as a player. In nine seasons, Bochy recorded a 685 OPS, with just 26 homers and 75 runs scored. A .239 career hitter, the backup catcher managed a grand total of one steal.

But as a manager? That’s a different story.

Bochy was at helm for some bad teams, hence his losing record. But he’s won over 2,000 games, recently becoming just the 11th manager in history to do so. It’s a list that includes the creme de la creme: names like Connie Mack, Bobby Cox, Joe Torre, Sparky Anderson, Joe McCarthy and Walter Alston.

As part of a 12-year run as the team’s manager, Bochy led the Padres to the NL pennant in 1998, and then the trio of World Series titles with the Giants. Only five managers in big league history have won more championships.

He won the NL Manager of the Year way back in 1996, but never finished higher than second again.

Bochy has always been considered a very strong leader, but also very grounded. He’s especially known for being great with pitching staffs, particularly bullpens. We suppose given that he’s a former catcher, this is no great surprise.

If he’s truly done for good, Bochy deserves plenty of kudos for what he’s been able to accomplish, especially in San Francisco. He’s earned the right to go out on his own terms, even as he’s started to build the Giants back towards contention in recent years.

Interesting fact: Bochy is the only ex-Padre to be the team’s full-time manager (not simply doing the job on an interim basis).

Here’s another track from Bruce Springsteen — who turned 70 last week — specifically, from his Essential release, which is a compilation featuring tunes from various albums and concerts. Here’s “For You,” originally from his debut album, Greetings from Asbury Park, N.J.

Now it’s your turn. Let us know in the comments below what you think Bochy’s lasting legacy will be.

By RotoRob
Tags: Bruce Bochy, MLB
This entry was posted on Monday, September 30th, 2019 at 10:38 pm and is filed under BASEBALL, MLB Today, RotoRob. You can follow any responses to this entry through the RSS 2.0 feed. Both comments and pings are currently closed.