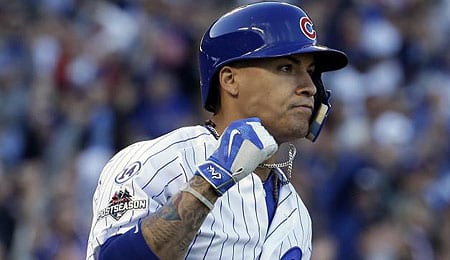 It’s been quite some time since we took at look at the Independent Leagues, but over the years it’s been fodder for some interesting columns.

Over in the Frontier League this season, the top hurler in the circuit has been Liam O’Sullivan, a pitcher that went undrafted after a five-year college career between the University of Rhode Island and Saint Leo.

Too hittable as a collegian to garner big league attention, he might get some now after going 11-1 for the most victories in the league, while also ranking second in strikeouts (109 in 121 2/3 IP). O’Sullivan walked just 26. This 6’3″ righty is just 25, so perhaps he has a future in organized ball after taking home the Brian Tollberg Award as the Frontier League’s most valuable pitcher. O’Sullivan was also superb in his lone playoff start.

Considering he was shelled in his first taste of the Frontier League last year, going winless in six appearances including one start, it’s a nice story.

Now let’s turn our attention to a light Monday night schedule (10 games), as the Marlins paid tribute to fallen hero Jose Fernandez; the Jays and Yankees got heated in a beanbrawl; and Cleveland SP Corey Kluber had to leave early with a groin woe.

Javier Baez had himself one hell of a game Monday, driving in a career high six runs thanks to a grand salami (see video below and watch how fast that ball gets out of the park) and a two-run single. He had played sparingly lately, receiving only four at-bats over the last three games combined and hadn’t had a hit in five days, so this was a welcome sight for his Fantasy owners. Baez has really slowed down in the second half after looking so great in June and July.

We slotted Baez among the top 30 in our Second Base Rankings last month, and he’s pretty much achieved that prognosis, perhaps even exceeded it, despite a rough few weeks. Let’s hope this game sparks a big final week from the talented youngster.

We’re into the final week of Yankee first baseman Mark Teixeira’s career, and it’s clear he’s not ready to head off into the sunset without another big moment or two. He spanked a game-tying homer Monday to key a come from behind win for the Yankees. Teixeira has recorded back-to-back multi-hit games, so obviously that neck issue that was nagging him over the weekend is now gone.

It’s been a very tough swan song for him, but he’s been playing his best ball of the season since August, even if his PT has been sparse this month. Overall, Teixeira has hit poorly this year; in fact, he’s never looked worse, so it’s time to call it a day. There’s not much left to play for, but if he can score three more runs, he’ll reach 1,100 — a total reached by fewer than 250 players in history. Teixeira is already in the top 120 in career ribbies. Not too shabby.

Cleveland backup catcher Roberto Perez showed some power potential last year with seven bombs in just 184 at-bats, but this season has been a struggle, limiting him to use in very deep AL-only leagues. However, he enjoyed a nice three-hit performance Monday which included a homer — his best game of the season. Perez has definitely been better in the second half, but his walk rate has dipped this season as he endures his worst MLB campaign yet. Like we suggested, his Fantasy appeal is next to nil and given the injury to Yan Gomes, Perez did not seize his opportunity to earn more PT.

Now it’s your turn. Let us know in the comments below what you expect out of Baez going forward.

By RotoRob
Tags: Chicago Cubs, Frontier League, Javier Baez, MLB
This entry was posted on Tuesday, September 27th, 2016 at 12:33 pm and is filed under BASEBALL, Independent leagues, MLB Today, RotoRob. You can follow any responses to this entry through the RSS 2.0 feed. Both comments and pings are currently closed.