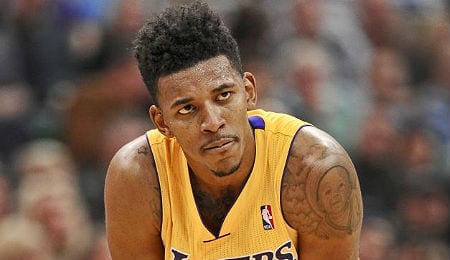 Welcome back to another season of Fantasy basketball here at RotoRob.com. As always, The Wire Troll is designed to provide the top Fantasy basketball waiver wire gems of the week, all of whom are available in at least half of all leagues at both ESPN and CBS.

This week, Cleveland owner Dan Gilbert defended his drunken sailor spending ways; Russell Westbrook and Kevin Durant reminded us how potent they can be together; and Kobe Bryant sounds ready to cede control of the Lakers to the youngsters.

C.J. Miles, SG/SF, Indiana Pacers (ESPN: 20.5 per cent; CBS: 32 per cent): Miles started the season opener and then was shifted to the bench, but was productive in both roles, scoring 18 points in each game. How about eight treys already? Miles really revitalized his career with the move to Indy last season, spending most of his time as a starter, although — as per usual — struggling to stay healthy (he’s only reached 70 games three times in his first 10 seasons). At any rate, his PT is up early on, and his shooting touch has been amazingly efficient, so expect some regression. But you may as well ride Miles while you can. After all, let’s not forget what this dude can do when he’s feeling it (see video below).

Nick Young, SG/SF, Los Angeles Lakers (ESPN: 12 per cent; CBS: 12 per cent): Young is being very productive as a scoring threat off the Laker bench early on, averaging 15.5 points with 3.5 treys per game. Toss in three steals on Friday and he gets even more intriguing, but we’d like to see him getting closer to 25 MPG before completely going crazy here, so for now he’s only recommended in, say, 14-team or larger leagues.

Marvin Williams, PF, Charlotte Hornets (ESPN: 8.3 per cent; CBS: 30 per cent): Williams is one of those players that always seems to be on the periphery of Fantasy relevance and every now and then he steps up and make us grab him off the wires, like in early-April last season, as he enjoyed a nice second half, hitting his stride in March. Okay, so he didn’t sink as many buckets in April, but given his first week showing — two double-doubles in two games (he only had one all of last season) and three treys on Friday — we’re back to give him another nod.

Rondae Hollis-Jefferson, SF, Brooklyn Nets (ESPN: 1 per cent; CBS: unowned): It’s hard not to root for a rookie that buys his mom a new house with his first paycheque. Meanwhile, on the court, Hollis-Jefferson is seeing decent PT while Joe Johnson struggles with a hand injury, and the kid is showing a little something-something, shooting well (9-for-13), while pitching in with some boards, blocks and steals. This may just be a short-term grab, but over the long haul, RHJ is worth tracking.

Ian Mahinmi, Indiana Pacers (ESPN: 17.4 per cent; CBS: 37 per cent): Finding a potential breakout big man early can be a huge part of any successful Fantasy basketball season, and what we’ve seen out Mahinmi in the first couple of games suggests he’s such a candidate. He’s flirted with double-doubles in both contests while averaging 1.5 blocks and one steal. If Mahinmi hadn’t fouled out of the season opener, his line might have been even better. He’s now the starting centre in Indy, and looking very much like he’s ready to handle the job, so grab him while you can.

Kyle O’Quinn, C/PF, New York Knicks (ESPN: 13.9 per cent; CBS: 44 per cent): We recommended O’Quinn in early-December as a short-term add when Nikola Vucevic was out, and it was a good call as December was O’Quinn’s finest month. Well, we’re back to pimp O’Quinn again, but this time it’s a more sustainable value proposition as he’s found on a home on the Knick bench with one double-double and a narrow miss of a second. If he can regularly receive 20-to-25 MPG, it looks like he’ll be rather productive.

By RotoRob
Tags: Marvin Williams
This entry was posted on Saturday, October 31st, 2015 at 4:28 pm and is filed under BASKETBALL, RotoRob, The Wire Troll. You can follow any responses to this entry through the RSS 2.0 feed. Both comments and pings are currently closed.