Podcast: Not So Lucky Luke Hochevar 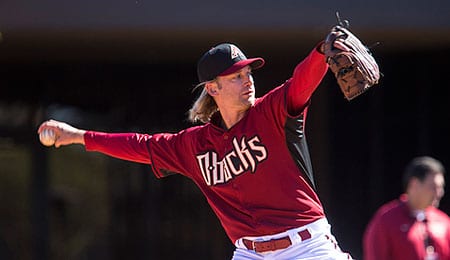 Could Bronson Arroyo be facing his first ever DL stint? (Charlie Leight/azcentral sports)

RotoRob Fantasy Baseball Weekly Podcast, heard every Thursday at 9 p.m. EST on Blogtalkradio, was in full throttle mode this week, with RotoRob once again accompanied by Bob Raymond.

Among the topics the pair dissected were:

To hear the show in its complete mastery, simply click the play button below.

Now it’s your turn. Let us know in the comments below whether you agreed or disagreed with our thinking.

By RotoRob
This entry was posted on Friday, March 7th, 2014 at 6:40 pm and is filed under BASEBALL, Bob Raymond, Podcast, RotoRob, RotoRob's Fantasy Baseball Weekly. You can follow any responses to this entry through the RSS 2.0 feed. You can leave a response, or trackback from your own site.