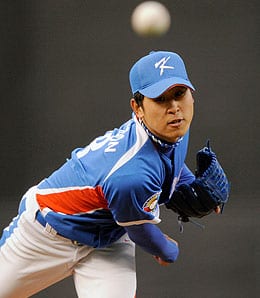 On this week’s episode of RotoRob Fantasy Baseball Weekly Podcast, heard every Thursday at 9 p.m. EST on Blogtalkradio, RotoRob NBA Writer Bob Raymond co-hosted, performing admirably in his debut as we discussed a host of stories on the first official day of Spring Training.

Among the issues we tackled were:

To hear the Podcast in its entirety, simply press play below.

Now it’s your turn. Let us know in the comments below if you agree or disagree with our ramblings.

By RotoRob
This entry was posted on Friday, February 14th, 2014 at 2:20 pm and is filed under BASEBALL, Bob Raymond, Podcast, RotoRob, RotoRob's Fantasy Baseball Weekly. You can follow any responses to this entry through the RSS 2.0 feed. You can leave a response, or trackback from your own site.