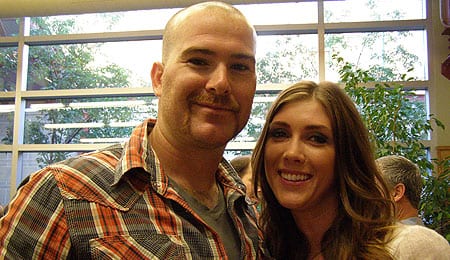 With Ryan Doumit (left) aboard, the Braves are cornering the market on offensively-gifted and defensively-deficient catchers. (Arich4ryan.site.aplus.net)

RotoRob was once again joined by NFL Writer Vaney Hariri on this week’s episode of RotoRob Fantasy Baseball Weekly Podcast, heard every Thursday at 9 p.m. EST. We managed to avoid Red Sox-Yankees fisticuffs, we discovered Vaney’s hatred of sports goggles and we managed to talk about plenty of Fantasy baseball related thingies, such as:

To hear the show in its entirety and bask in Fantasy baseball goodness, hit that play button below, my peeps.

Want to sound off on what you hear? Do it! Hit us up in the comments below.

By RotoRob
This entry was posted on Friday, December 20th, 2013 at 5:57 pm and is filed under BASEBALL, Podcast, RotoRob, RotoRob's Fantasy Baseball Weekly, Vaney Hariri. You can follow any responses to this entry through the RSS 2.0 feed. You can leave a response, or trackback from your own site.