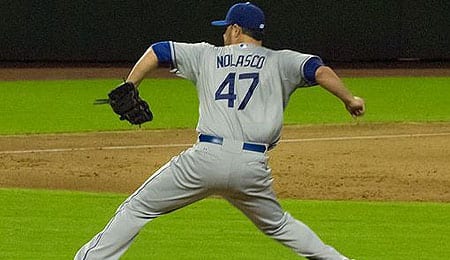 After many, many weeks, we had a Tim McLeod sighting on this week’s episode of RotoRob Fantasy Baseball Weekly Podcast, heard every Thursday at 9 p.m. EST on Blogtalkradio.

Among the topics on the table for dissection this week were:

Click the play button below to hear the show in its entirety.

Now it’s your turn to sound off. Did you agree with what we said or want to take issue with it? Let us know in the comments below.

By RotoRob
Tags: Alex Rodriguez
This entry was posted on Friday, November 29th, 2013 at 1:45 pm and is filed under BASEBALL, Podcast, RotoRob, RotoRob's Fantasy Baseball Weekly, Tim McLeod. You can follow any responses to this entry through the RSS 2.0 feed. Both comments and pings are currently closed.