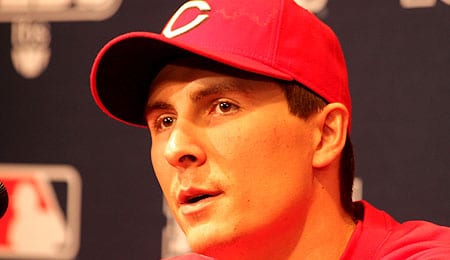 Homer Bailey has authored two no-hitters in less than a year.

After a break for Canada Day last week, RotoRob’s Fantasy Baseball Weekly Podcast was back in action, bringing a boatload of pearls of Fantasy baseball wisdom as heard every Thursday at 9 p.m. EST on Blogtalkradio.

Want to hear the entire show? Of course you freaking do! Well, simply click the play button below and peace out.

By RotoRob
This entry was posted on Friday, July 5th, 2013 at 10:58 am and is filed under BASEBALL, Podcast, RotoRob, RotoRob's Fantasy Baseball Weekly, Tim McLeod. You can follow any responses to this entry through the RSS 2.0 feed. Both comments and pings are currently closed.