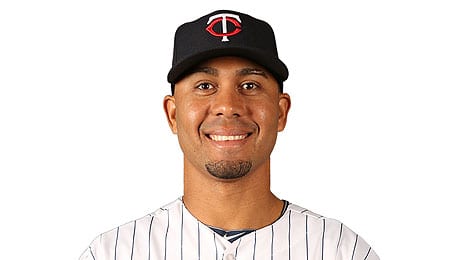 Wilkin Ramirez is seeing more action, but not exactly running with it.

On Sunday, in his first start in a week, Ramirez went 1-for-4 with a double for just his third extra-base hit in 19 games and 40 at-bats this season. He also continued to flash his horrible strike zone judgment, fanning three times.

He’s been a bit more productive this season (as you can see from the video below), but not so much as to garner Fantasy interest.

Ramirez has flashed intriguing speed and power potential in the minors, but he’s always struggled to make contact and the 27-year-old Dominican has failed to gain any traction as a result. With Aaron Hicks struggling, Ramirez has had a golden opportunity to steal some of his PT, but we’re still waiting to see if he can actually do so.

Until that happens, ignore him, as the best case scenario is that he’s the team’s top pinch-hitter.

By RotoRob
This entry was posted on Monday, May 20th, 2013 at 2:48 pm and is filed under BASEBALL, MLB Today, RotoRob. You can follow any responses to this entry through the RSS 2.0 feed. Both comments and pings are currently closed.